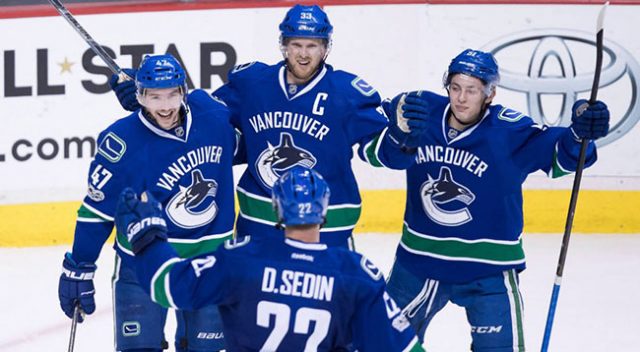 So far this season, the Vancouver Canucks have been enjoying notable success from the get-go, with a 9-6-0 record as of last Monday. And with the team’s top five scorers all being 25 years old or younger, Elias Pettersson, who is still considered a rookie, is leading the pack with nine goals and six assists over the course of just nine games.

Clearly, young legends are blazing brave new trails for the Vancouver Canucks by defying the expectations that were hanging over their heads as they headed into the new season. Fifteen games into the current campaign, the Canucks have won against formidable teams like Pittsburgh and Tampa Bay, as well as climbing to second place in the Pacific Division.

According to Bo Horvat, the team’s 23-year-old first-line center player, there are plenty of players in the team that want to win and prove people’s negative expectations of them wrong. Everyone, he said, wants to prove that they can be a good hockey team and step up to compete with anyone in any setting. He thinks that his team has certainly been achieving that thus far.

Pettersson Heads Up the Pack

The Canucks came in second-last place in the Pacific in the 2017/18 season, after being ousted from the race to the playoffs for the third year running. They also lost two of their veteran legends, Henrik and Daniel Sedin, who both retired at the end of the year after 17 successful seasons playing for Vancouver. The team also signed a couple of free agents – Tim Schaller, Jay Beagle and Antoine Roussel – during the off-season.

At the moment, as mentioned above, all of the squad’s strongest scorers are under the age of 25, with Pettersson heading up the action. The 19-year-old Swedish center was dubbed the NHL’s second star for last week based largely on his incredible five-point performance in Vancouver’s 7-6 recent overtime win against the Colorado Avalanches.

Injuries Won’t Hold the Team Back

Now, Pettersson is the youngest player in the history of the Canucks to have claimed five-plus points during a regular season game. Additionally, he was also awarded the title of the league’s top rookie in October, despite being absent for two weeks of the month due to a concussion.

Injuries like that of the young star have sent a couple of other Canucks to the sidelines as well, including the likes of goalie Anders Nilsson with a fractured finger, Alex Edler with a knee injury, and left-winger Sven Baertschi with another concussion. However, Pettersson is still confident that the team has what it takes to continue to win.

He strongly believes that if everyone works towards a common goal and remains focused on what they can bring to the team, good things are bound to happen. Vancouver is currently in a tie for third in the league in terms of wins, falling behind only the Lightning and the Nashville Predators.

Want to back your favorite sports team? Place your bets online NOW!