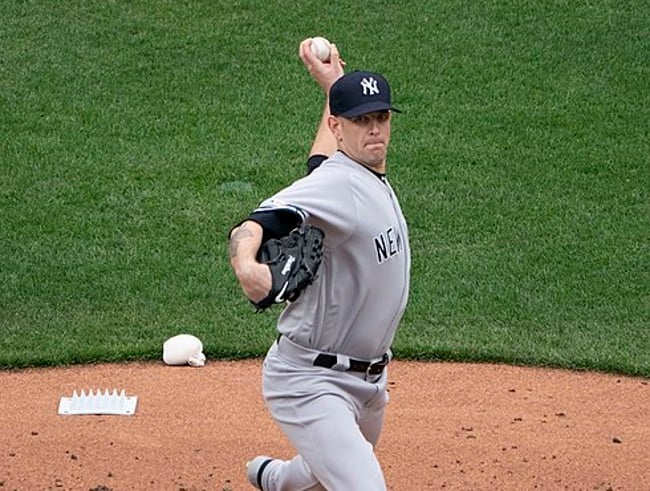 The New York Yankees have not exactly been enjoying the best of injury-free times. And the latest news that starter and Canadian pitcher James Paxton will be effectively “out of it” for 3-4 months following back surgery, isn’t doing much to turn the situation around ahead of the new season. According to information handed down by Yankees team management, Paxton should be able to start throwing balls in about six weeks’ time. He will however not be fit to pitch in a major league mashup for at least 3 months; maybe 4.

But it’s not as if New York Yankees GM Brian Cashman didn’t see all of this coming. All through off-season, Cashman had apparently been worrying about the state of affairs with Paxton’s constant complaints of back pain that followed his having had to leave the field after one inning only on September 27 last year as a result of a “tight left glute muscle”. Paxton having had to leave the game prematurely effectively ended a streak of career-best victories in a total of 10 consecutive starts. It now however seems that the end to a great streak was the least of Paxton’s problems at the time.

Relief Was Only Temporary

Local team-doctor treatment and a painkiller shot appeared to be all that was needed to position the B.C. native back into top form. He played well after the incident in question, recalls Cashman, and even to the point of a stellar performance in Houston.

But the temporary reprieve wasn’t to last because as soon as the time came for Paxton to ramp up his winter training a little over a month ago, the pain and discomfort returned full force. Paxton was eventually examined by Dallas-based Dr. Andrew Dossett, who at the time administered more pain injections and advised the star pitcher to give it a bit of time and “see how it goes”.

Two For The Injury Show

Since the pain did not go away as hoped, Paxton eventually had no other choice but to embrace the idea of a surgical intervention and Dossett eventually ended up performing a lumbar procedure in order to repair a herniated disk as well as having removed a cyst.

Aside from this being bad news for the pitcher’s career, its even worse news for New York. The Yankees are now officially two injuries into the red ahead of their having to start training for the new season in less than a week.

Arms are what’s needed now and it’s going to be interesting to see whether New York is able to pull a rabbit from the hat.