Would the NHL All Star Game Be Improved by Going to a 3 on 3 Tournament? 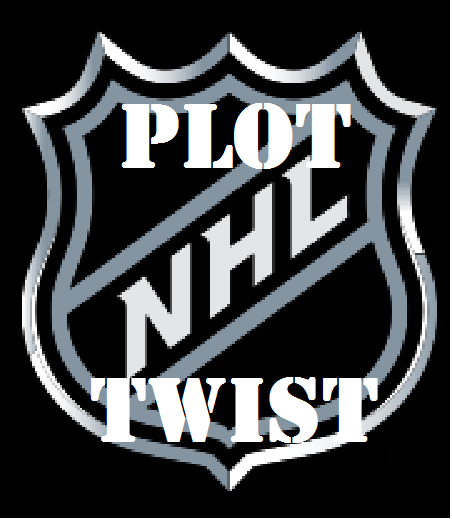 The NHL is toying with a new idea to make the All Star game more entertaining. The word "more" in the previous sentence is a blatant lie because the NHL All Star is anything but entertaining. Players slow down because they don't want to be injured or cause injury. Remember, professional hockey is a really tight-knit community. Many players have known each other since early childhood. They play as hard as they can during the regular season, ratchet up the intensity during the playoffs when the significance of every possession is magnified, and sometimes they fight. But at the end of each playoff series, they shake hands and often hug each other. The winners congratulate the losers on their effort and the losers reciprocate in kind. At the All Star game, there is no intensity, no pressure, no defence, no goalkeeping, and lots of scoring. So much scoring as to make a mockery of the word hockey!

The All Star game is an important break in the season. The season is far too long as it is. Players need time to rest weary bodies, to heal injuries. Coaches need time to evaluate their players, time they don't have in the travel-intensive regular season. Fans also need some time to relax and enjoy a meaningless game played by the league's best players. But the term meaningless has been enlarged beyond comprehension. It's a bad way for the league to show the world how good its best players are!

The only real reason teams play 82 games is because they have to take in revenue. I have no complaint about players getting fat contracts as long as they play hard and earn the big paychecks. So 82 games it will be.

The Stanley Cup Playoffs are the Real League Showcase

The playoffs are the most exciting part of any team sports post-season. Baseball begins with a one-game Wild Card Playoff. Give me a break! Then the first series in baseball is best of five! Give me another break! Only in the last two series do the games get really exciting.

Football has only knock-out games. The Super Bowl is so intensely hyped that I hardly ever watch it; it's anti-climactic by the time they get around to playing it!

Basketball has four best of seven series but the first and second rounds are usually foregone conclusions.

Only in hockey can a lower seed have reasonable expectations of upsetting a higher seed. A hot goalkeeper, a hot line, a raucous crowd, and a little luck in overtime and a weaker team can beat a better team. It happens almost every year.

But All Star Games tend to be boring beyond belief. In the collision sportsâ€” hockey, basketball, and footballâ€”the risk of injury is too high so players go at one-quarter speed. Only in baseball, because of the unique nature of the game, is the All Star game a reasonable facsimile of a regular game. Pitchers have to pitch, fielders have to field, and batters have to bat. And yet, the baseball All Star games are also usually pretty dull affairs.

The NHL is Getting Creative!

How then does the NHL propose to make the All Star game more exciting? By turning it into a short tournament of 20 minute games played 3 on 3! Well, who woulda thunk it? The NHL is finally coming to grips with the fact that 5 on 5 hockey in the small NHL rinks is not the best form of hockey in this wide world!

I am all for changing the All Star game format, making it a tournament played 3 on 3. The actual make-up of the tournament has not been decided so no comment there. Letting fast players with excellent passing and shooting skills "skate it out" as it were would be far more exciting than what the NHL is presenting as the best the league has to offer.

3 on 3 Hockey is Wildly Exciting in Small Doses

As I wrote when the league changed the overtime format from 4 on 4 to 3 on 3, I applaud this suggestion and I hope the league can implement it for next season's All Star game.

A tournament of 3 on 3 "games" would not be an All Star game in any sense of the word but it would be a great showcase for the kind of skills the league is trying to sell. The skills tournament is fine as far as it goes but it doesn't demonstrate teamwork, passing, stickhandling, shooting, and goalkeeping the way a "game" of sorts would.

I would love to see teams composed of the best players from each division playing shifts at 3 on 3, changing lines, creating strategies, and so on. We see this in overtime now and the experiment is a huge success, not just in my opinion but in the consensus opinion of fans and players alike. But putting the league's best offensive players against the best defensive players for 20 minutes would be immensely fun to watch.

It needs pointing out that 3 on 3 hockey is good only in overtime during the regular season and at the All Star weekend.

Kudos to the NHL

So, I salute the league for floating this idea as a trial balloon and I urge all fans to communicate their approval of the idea.