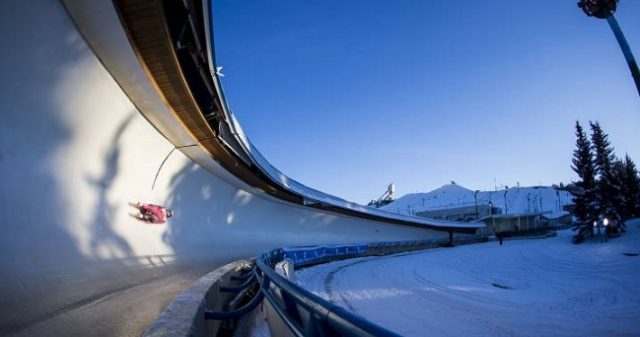 After having been in operation for more than 3 decades, WinSport’s Canada Olympic park bobsled/luge track may be closing down for good due to a lack of funding. The problem appears to be the fact that in order to ensure the safety of everyone using the track, a complete renovation is necessary. Despite having received $17 million in government funding, WinSport has said that at least another $8 million is needed in order to complete the renovation project.

The track has a long and rich heritage and was built for the 1988 Winter Olympic Games. The project was completed two years ahead of time, and in 1986, former Olympic luger Bob Gasper was one of the first people to give it a go. It seems quite befitting now, in hindsight, that Gasper was in all likelihood also the last person down the track this past Sunday.

It remains a sad affair to say goodbye to the official home of the Canadian bobsled team as well as the skeleton and luge teams. After all, it’s been home for the last 33 years. It’s no wonder then that it was important to Gasper, now 60, to show up and say a final goodbye.

Olympic Games Would Have Brought Relief

According to WinSport, the hope was that the 2026 Winter Olympic and Paralympic Games would ensure that the necessary funding would become available in order to complete the renovations to the track, but since Calgarians had in November voted against Calgary’s bid to host the games, that particular option was no longer something that could be counted on as a saving grace.

The track’s last major world-cup event was hosted on 22-24 February, and last Sunday, a total of 62 athletes had given it all they had in the Alberta Luge Association Championships and Youth Nationals, and possibly for the very last time at WinSport’s Olympic park.

According to Gasper, it’s the thought of the loss of great potential that is the really sobering bit. The careers of many young athletes living in Calgary are now in the line because of the imminent permanent closure of the track, and according to Gasper, this is where the real tragedy lies.

Gasper finished off by saying that it would be a sad event for the community if permanent closure was the only remaining option. And as it stands at the moment, this certainly appears to be the case.

Looking for the BEST ODDS online? Canada’s sportsbooks are the pace to be!