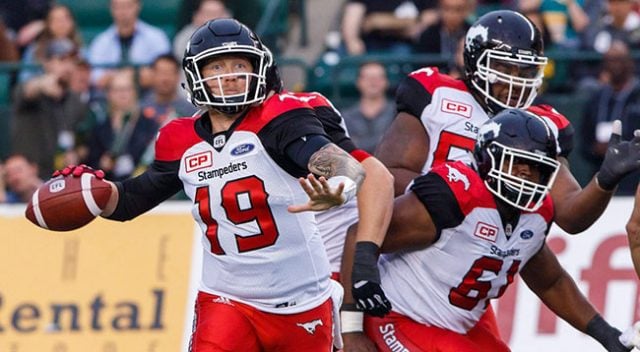 After a long string of Grey Cup failures, Terry Williams has at long last helped the Calgary Stampeders to claim a much-needed victory.

Williams had a record-breaking 97-yard punt return touchdown on Commonwealth Stadium’s soaked turf on Sunday Night, allowing Calgary to win against the Ottawa Redblacks by 27-16 in the Grey Cup.

In its third consecutive appearance, Calgary has now finally managed to win the CFL title, after the Stampeders lost 39-33 against Ottawa in overtime back in 2016 before achieving 27-24 against the Toronto Argonauts last year. This is the team’s eighth Grey Cup appearance, as well as its first since its last participation in 2014.

Bo Levi Mitchell, the Calgary quarterback and the CFL’s strongest player this season with a league-best 35 touchdowns, was the MVP of the game in question. He managed to wrangle two touchdown passes and also two interceptions, allowing his team to claw their way back up to glory for the first time in a long time.

Commenting on the victory, Mitchell said that the whole thing feels surreal to him. He noted to the press that he knows his team talked about the two previous losses and said that they meant nothing, but they still ‘couldn’t make the game bigger than it was’. In his words, they had to understand that this was only one game – and you can win just one game, and just one Grey Cup too.

The quarterback also added that he thinks the guys on the other teams, even in 2017, had emotions hit them hard at the 30-second mark. He believes that it wasn’t about redemption for the league or anyone else, but said that it felt more like as an organization, they had been at the top far too many times not to complete the job. It feels ‘amazing’, he says, to claim the win for the city of Calgary.

Stampeders receiver Lemar Durant was also dubbed the ‘outstanding Canadian’ of the game, having had four catches for 30 yards, a touchdown, and a 22-yard run to his name. Of this, Durant said that it’s ‘huge’, like having a massive weight lifted off of him.

When he was growing up, he said, all he wanted was to be a champion and seize any chances he got to achieve that dream. There have been people in his league for decades that never got the chance, he confessed, so to be able to achieve what he has achieved is a huge accolade for him.

Mitchell managed to finish 24-for-36 passing for a whopping 253 yards. On the other side of the turf, his Redblacks counterpart Trevor Harris had something of a challenging night, scoring 20-for-38 on 288 yards and landing just a single touchdown and three interceptions.

Ready to back your favorite team? Bet online and WIN!