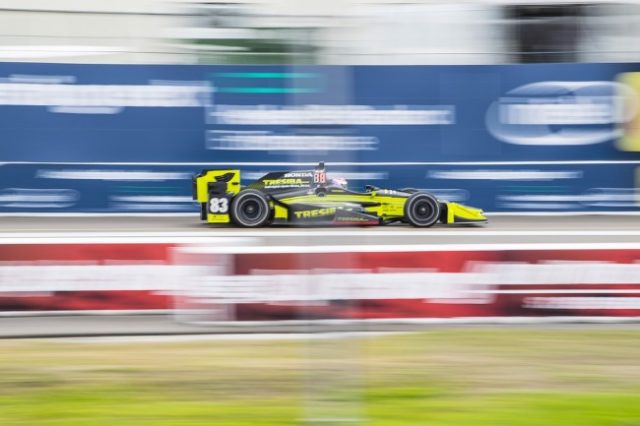 Canadians are a tenacious lot, no doubt about it. And they don’t come much more tenacious than IndyCar driver Robert Wickens. So severe had been the crash that nearly cost Wickens the loss of his life, that the 30-year-old Canadian was informed by doctors that he would never in his life walk again.

But the crash at Ponoco; the one that very nearly was to become his last race of all; may have broken parts of Wickens’ body, but it has not managed to do the same to his spirit. The man once told by medical experts that he should best abandon all hope of ever walking again can now with a full heart look back on his October wedding to Karli Woods, having had achieved something that seemed nearly impossible a dream: to dance with his wife at his wedding.

The race that would ultimately end up changing the racing driver’s life happened in August of 2018. Ponoco isn’t like any other racetrack in that it’s not shaped like an oval but instead is made up of stretches interrupted by three particularly harrowing corners. Drivers often refer to the Pennsylvania track as ‘The Tricky Triangle’.

Not that Wickens is able to recall having had any particular concerns about racing Ponoco on that fateful August day. He qualified for a 6th-position start in the ABC Supply 500 race and despite not having felt entirely comfortable with the track during practice, remained confident in his ability to safely navigate its corners and with a reasonable chance of success.

Wickens recalls having known at the start of the fateful race exactly what it was that he had wanted to achieve. All went according to plan right up until the 7th lap around the tricky triangle when Wickens prepared to pass the car raced by Ryan Hunter-Reay. There had been an error in the calculation of the distance and the wheels of the car driven by Wickens touched those on the car driven by his opponent.

What happened next would forever change the Canadian’s life as well as the lives of all who love him. His car ended up helicoptering at 200 mph across the track and into the infield wall. The violence of the skid caused the car to splinter into a million pieces, leaving Wickens with a broken body and a severe spinal injury.

But would Wickens have done it any different had he known then what he knows now? Not at all, comes the quick and honest response. He would after all not have been able to achieve what he did had he not been the type of driver that he was.

Which is of course tenacious as only a Canadian can be.

Bet on IndyCar races ONLINE! See if YOU can back a winner on the track.