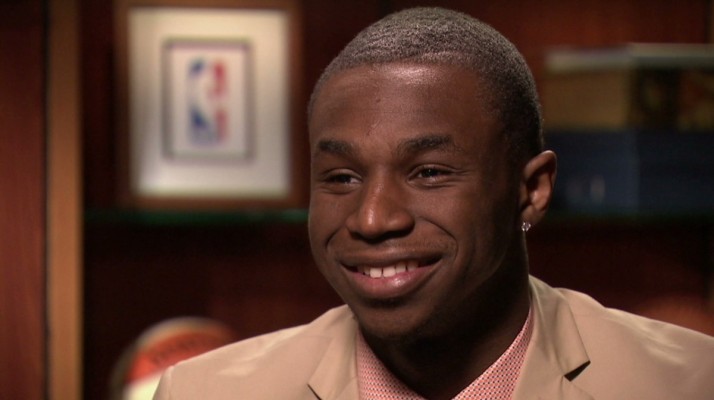 I've been asked why I haven't written anything about the start of the NBA season, i.e. the Raptors, or the start of the NHL season. The reason is quite simple: I've grown tired over the years being either overly optimistic or overly pessimistic going into the long basketball and hockey seasons. It's simply too hard to discern a trend this early. Even halfway through the seasons, any noticeable trend can change quickly. Last year the Raptors looked like true contenders butâ€¦no. Last year, the Wild looked like they would miss the playoffs by many points but turned their season completely around before meekly losing to the mighty Blackhawks in the second round.

Patience is a Virtue

So, I'm going to wait and see before I write about the Canadian hockey teams and the Raptors. I will say at this point, however, that things are looking up for our Canadian teams except, of course, for the Leafs who have quite literally started from nothing and look like it. Improvement going forward is much more encouraging than looking good in the first few weeks of the season.

Are the Blackhawks Finished?

One other comment I feel I can make now is that the Blackhawks have major issues in all areas. But they have had to remake their team once again, lost Duncan Keith for an extended period of time, and have clearly not hit their stride. The Blackhawks are now a young team with a proven championship core. This is an anomaly in professional sports. The young talent on the Blackhawks is stunning. Eventually, the coterie of talented young players will join the championship core which is just reaching its prime. I expect the Blackhawks to be much more threatening in March and April than they are now.

Does Andrew Wiggins Shave Yet?

Instead of talking nonsense about NBA and NHL teams, I would like to talk about a home-grown Canadian basketball player who is near the top of any list of the best NBA players: Andrew Wiggins.

Andrew Wiggins is all of 20 years old. He was drafted number one overall by Cleveland who traded him to Minnesota for Kevin Love. The trade was seen as Minnesota trading a proven star in Love to a team that needed a proven star to complement Lebron James as Cleveland was trying to win NOW. Cleveland might have won the championship last year if Love hadn't dislocated his shoulder but that is certainly no given. Love and Lebron needed a full season to figure out how to be most efficient together. The prognosis for the symbiosis between two big stars this year is far more optimistic than it was last year.

And Behind Curtain Number 1

In return, Minnesota got a very young player with an enormous upside. Aside from his preposterous athletic ability, Andrew Wiggins has always impressed me as having the kind of demeanor that can achieve superstardom. Some players have so much raw talent that they are superstars from the outset, while others learn to be stars and then superstars.

The Greatest Players are Much More Than Players

In the NBA, a true superstar is also a leader. In every interview I've seen of Andrew Wiggins, he seems to have the right combination of humility and self-confidence. He is already taking a more active leadership role with the Timberwolves. NBA players have notoriously inflated egos. Often they think that the world revolves around them. To become a team leader at 20 years of age in only your second year in the league is no small feat. An overblown ego is clearly not the case with Wiggins. In this sense he reminds me of Derrick Rose before his sad injuries: a great player with no overarching sense of his own importance.

In other ways Andrew Wiggins reminds me of Scottie Pippen. Scottie Pippen was drafted by Seattle who immediately traded him to Chicago for Olden Polynice. The trade was not met with joy in Chicago as Pippen was a true unknown and Polynice had had a good college career and was already well-known to basketball fans. Scottie Pippen had the make-up of a player who could get better every year for a very long time and then sustain his high level of play for another long stretch. Andrew Wiggins impresses me as having a similar temperament.

Shame on you, Andrew

Wiggins was criticized during his rookie season as a 19 year old for not getting enough assists and for not shooting well. Great athletes can learn to shoot. Trivia question: who was also not considered a good shooter when he entered the NBA? If you guessed Scottie Pippen, take a bow! Scottie was not the only player, by far, whose shooting was questioned before they learned to shoot.

Who's passing ability became famous as he created the position of point forward, even though no one knew that he could pass when he came into the league? Once again, Scottie Pippen is the right answer.

So, Whither Andrew Wiggins

Can Andrew Wiggins become a player of Scottie Pippen's caliber? On this point time will tell; it's no shame to fall short of Scottie Pippen. In addition to being a tremendous playmaker, scorer, passer, and rebounder on the offensive end, Scottie Pippen was one of the "snarling bulldogs" who led the great Bulls defensive teams. Andrew Wiggins seems like such a gentleman, so unassuming and ego-less, that I see him making huge strides in his second year and going forward. Andrew Wiggins has the tools, the make-up, and the desire to come close to the great Pippen.