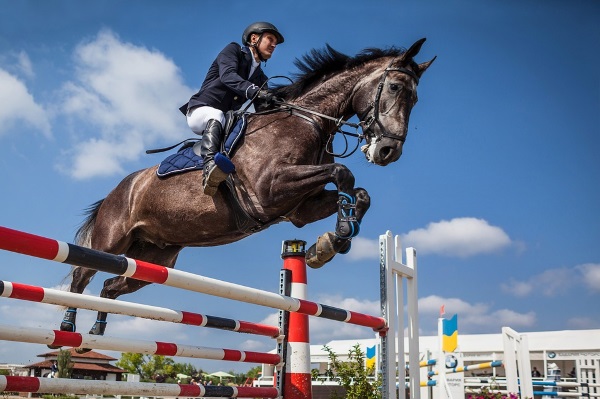 To say that Olympic equestrian champion Eric Lamaze is unhappy about the announced alterations to the team format for the upcoming 2020 Tokyo Olympic Games would be the understatement of the year. Indignant, livid even, would be proper descriptions. Lamaze is by far the most decorated Canadian Olympic show jumper and is by no means merely shooting from the hip. He knows what he’s talking about when talking about Olympic show jumping and according to the legend, the changes to the current team format will lead to nothing short of a disaster.

In fact, said the 51-year-old Olympic star at a recent event at Spruce Meadows, the proposed alternations are the worst thing that could possibly happen to the sport. In fact, said Lamaze, what the Olympic Committee has proposed will ultimately “kill the sport”.

The Tokyo Olympic Committee has announced significant changes to the 2020 team format. These include the inclusion of three riders plus one alternate instead of the previous format of four riders and a single optional extra. Reserve riders will now be permitted in during any stage of the competition. Previously, spares were only allowed to be swopped in before Round 1.

The order of the events has been switched around too. The individual event will during the upcoming games precede the team competition event. The swopping of the order appears to be the change that most irks Lamaze. He believes that the individual event should remain the grand finale at the games. Lamaze also referred to the fact that riders weren’t at all consulted before the changes were decided on and announced.

Lamaze went all out on the lashing and said that the committee’s decision will result in a dying sport and all in the spirit of allowing more flags into the competition format. In the legend’s opinion, this will result in allowing countries that are incapable of riding into the Olympics. Nobody wants to see anyone else making a fool of themselves, proclaimed an emotional Lamaze.

Love betting on horses? Sign up at a Canadian ONLINE sportsbook NOW!