Toronto Raptors: Underdogs No One Wants to Play 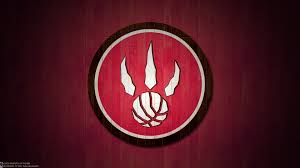 It is an understatement to say that the Toronto Raptors are reeling. They are not quite yet in a free-fall situation but that situation is fast approaching. The Raptors great early-season start, when their record stood at 24-7 on December 28, has been brought into stark question by three long stretches in which they were either great or bottom feeders. From December 30th until January 21st the Raptors went 3-8. Then they seemed to shake out of their funk and won six straight games and ten of twelve overall. But from February 21st to March 10th they lost 9 of ten games and have been nothing more than average since.

This Raptors team appears to have developed a schizophrenic personality: great or terrible with little in between. Such a team can actually win in the playoffs because of the best-of-seven format but they will be at a serious disadvantage against more disciplined teams that don't swing high-to-low as much as they do.

Factors that Win in the Playoffs

For all teams there are several factors that predicate a long playoff run, possibly resulting in reaching the finals or winning a championship. Here are four top aspects of playoff success in the NBA:

It is unfair to say that the Raptors were grossly over-rated during their success early in the season. Talent wins games and the Raptors have great talent. However, as the season winds down, and as the playoffs loom ahead, great teams find ways to improve. Winning playoffs teams must find ways to elevate their game; come playoff time, teams play best of seven series only with elite teams.

Players have to dig deep despite the grind of the long season. Players have to play through nagging injuries, minor pain, and the kind of exhaustion that puts average people on their living room sofa napping with the remote in hand!

The importance of team depth has two seemingly contradictory aspects to it during the playoffs. Teams don't play back-to-back games, have more time between games than in the regular season, and travel less. This leaves the starters and first three off the bench fresher than normal, reducing the need for the 9th through 12th men on the team.

If the 6th, 7th, and 8th players compete well with their counterparts on the opposing teams, their team has a great chance to win a seven-game series.

In the playoffs, good shots come at a premium. The Raptors' success early in the season resulted from an attacking team-oriented style. They got away from this style as the season developed. They'll have to play as a team on offence to win games. Most playoff games are closely fought and, discounting talent, the team that runs each play as it was designed has far better chances to defeat playoff caliber defences. Offensively, the Raptors still rank high in the league but every playoff opponent will rank high statistically as well.

In the playoffs, all team's offensive efficiency decreases. This is because opponent's defences are generally better than average plus they play with increased intensity given the importance of every possession.

The Raptors' defence ranks in the bottom third of the league and has deteriorated further in their recent bad stretch.

It is baffling how the Raptors could have fallen so far on defence since last year. Their defensive efficiency has gone from 102.4 points per 100 possessions last season to 104.8 points per 100 possessions this season. Against the Eastern Conference's best offenses, this differential could be exacerbated even further. Last year, opponents' field goal percentage was 45% for 9th in the league. This year, opponents' field goal percentage is 46%. The difference of a single percentage puts this year's Raptors in 26th place in the league.

When the Raptors are at their best defensively, they force turnovers and pressure the opposing offense into poor or difficult shots. There is also a statistical correlation between the number of minutes James Johnson plays and the Raptors' overall defensive efficiency. James Johnson, has the ability to cover a great deal of territory on defence but he will admit himself that he often overplays a defensive situation and ironically, because of his aggressiveness, leaves a player open for a clean view of the rim for a high-percentage shot.

It seems obvious that a more controlled James Johnson getting a lot of playing time in the playoffs may be a key to the Raptors' ultimate success. Coach Dwane Casey and his staff need desperately to find a way to exploit James' defensive ability.

Early in the season observers were quietly making cryptic references to some anomalies of the Raptors success. One that portends trouble in the playoffs is the degree to which the Raptors have dominated the leagues weakest teams. There won't be any weak teams in the Eastern Conference playoffs after the first round while in the West every team has a legitimate chance to reach the finals. This means that poor execution in the playoffs, on either offence or defence, are likely to result in a second round exit for the Raptors.

So, can the Raptors win a second round series against Cleveland or Atlanta? If we look at talent alone, it would seem that the Raptors who played so well on defence last year can stop either team enough for the extraordinary young offensive talent to steal four games. It means that the Raptors must play each possession with cool intensity. It remains to be seen that the Raptors have coaches who can meld them into a coolly intense team and whether one of the veterans will take a leadership role at this critical time.