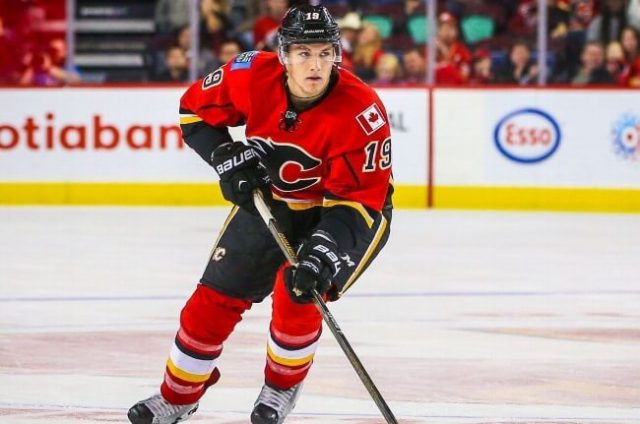 Matthew Tkachuk is Calgary Flames’ highest-paid player. This following Calgary having re-signed the NHL player to a 3-year contract valued at a fantastic $21 million. According to the information released about the financial side of things, Tkachuk will during the third and final year of the contract earn $9 million, which puts him on par with Tampa Bay Lightning’s Bayden Point.

But it’s more than a mere coincidence, say those in the know. Hockey insider Bob McKenzie is of the opinion that Bayden Point’s $20.25 million deal signed with Tampa Bay now serves as a new industry standard and catalyst of sorts for all future contracts.

Tkachuk is lucky in money to have clinched the big-moolah contract too. The new record pay-high beats the hell out of the previous one. Calgary’s Johnny Gaudreau and Mark Giordano previously shared the highest paid-player title. The pair earned a not-too-shabby $6.75 million each in annual wages.

But lest the idea is created that Tkachuk is an expensive buy, it must at this point be mentioned that the Flames is looking at things from an entirely different angle. Matthew Tkachuk is value for money; real gold even, having last year played a year that can only be described as a career year. The Flames star scored 34 goals and 77 points in a total of 80 games. Two additional goals and 2 assists followed in 5 play-off games. The message is clear; Tkachuk is worth every penny paid to secure his patronage for the next 3 years.

But Tkachuk isn’t the only hot commodity running around in the land of the NHL. Three more restricted free agents remain on the loose, having not yet been signed in ink. They are Patrick Laine and Kyle Connor, both Winnipeg Jets forwards, and Colorado Avalanche winger Mikko Rantamen.

All three players are expected to receive offers soon and judging by the state of things after the initial signing of Point, they will in all likelihood fetch a pretty penny from their respective buyers. In the end it all comes down to value and to the sheer moneymaking prowess locked up in brute player performance. Supply and demand obviously plays a role too and its going to be interesting to see what actually goes down once the big money boys come out to play and stake their claims.