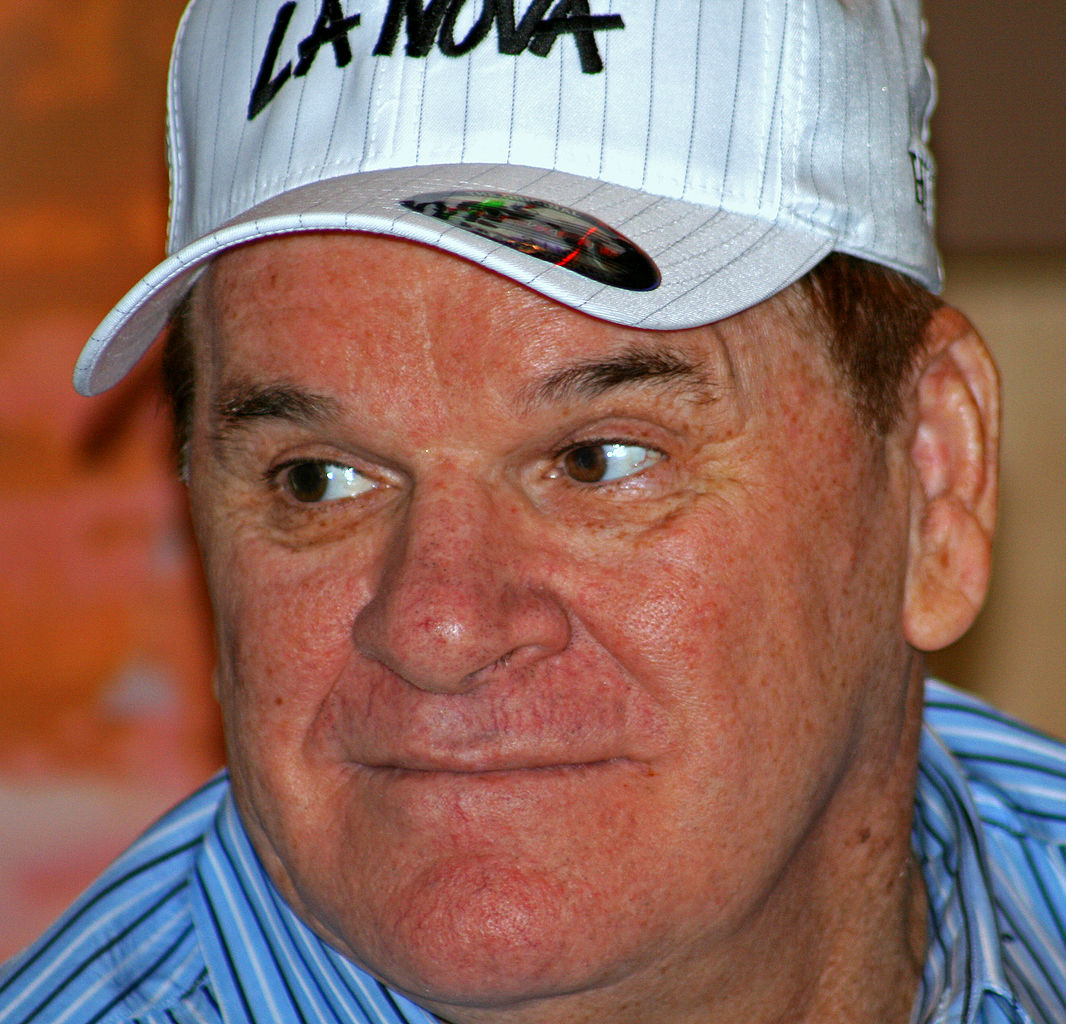 There are a few undisputed facts:

Pete Rose agreed to a lifetime ban in order to avoid further entanglements. Although he said at the time that he didn't have a gambling problem, it was clear that he bet heavily on sports, thousands of dollars every day. Michael Jordan also bet heavily but was never accused of betting on basketball or on the Bulls. That Pete Rose bet on baseball put him outside the acceptable realm of gambling.

He might have benefited from inside information whilst betting on baseball. He might have found a way to communicate with insiders on other teams to gather information that would have helped him place intelligent bets.

That he was heavily in debt from his sports betting addiction would indicate that either he didn't have access to inside information or he was a very bad gambler.

Betting on his own team would surely have sent waves of rumour or outright inside information through the sports betting community.

Many who favour Rose's reinstatement claim that people who oppose his reinstatement are being holier than thou. I find this particular argument difficult to accept. Pete Rose did not break any state or federal law but he did break baseball law. Why is it wrong to oppose punishment, even continued punishment, for a man who so flouted the conventions of his sport?

Baseball has had scandals enough. The Black Sox scandal of 1919 was also about gambling in which professional gamblers were able to turn several members of the White Sox and cause them to lose the 1919 World Series on purpose. Pete Rose was deeply in debt. Average players were not yet making millions each year as they are today; as a superstar, Rose's salaries were high for his time but ridiculously small compared to today's salaries. Is it beyond the realm of possibility that he may have succumbed to the temptation to make managerial decisions that would affect the outcome of games and would help his lenders to make big windfalls even if he himself was not at financial risk in those games?

The steroids or performance enhancing drug scandal of the last decade is beginning to recede. Barry Bonds is going to be a hitting coach. Some sportswriters have voted for Bonds and Roger Clemens for the Hall of Fame. I am not sympathetic toward players who built artificial muscles so they could hit balls harder and farther than before or pitch faster and longer than would otherwise be possible.

Barry Bonds was a great player before he juiced up. That he was acquitted doesn't mean that he didn't juice up; it means that the jury chose to decide that the prosecution didn't make its case beyond a reasonable doubt. There is no doubt however that Barry Bonds took some form of drug to build muscle.

Roger Clemens was a great fastball pitcher before he took steroids and would be in the Hall of Fame now if he hadn't done so. He, too, was never convicted but the evidence is pretty clear.

Bonds and Clemens are just the two most prominent steroid takers of their era; many other players did so as well. A major difference between cheating with steroids and betting on games in which you're involved as Rose did is that the steroid takers were trying to get stronger to help their teams win more games. We still cannot be sure that Pete Rose always did his utmost to help his team win when he was in the depths of his gambling addiction.

A more intelligent argument favouring reinstatement is that so much time has elapsed since Rose was banned. This argument fails on two counts. First, there is still evidence that Rose continues to bet on sports including baseball. The second point, which is far more formidable than the first, is that when we give criminals parole or when we release them from prison after they've served out their sentence, we don't then hold them up as esteemed public figures.

Pete Rose and his supporters want him to be reinstated so he can attend baseball events and be cheered by standing ovations. They want him to possibly accept another manager's position. And most of all, he and they want him to be inducted into the Baseball Hall of Fame.

It would be a travesty to watch Pete Rose make his Hall of Fame acceptance speech at Cooperstown. Pete Rose denied his betting on baseball for 15 years. Only in 2004 did he reluctantly admit to having bet on games in which he was involved. Pete Rose disgraced himself, his team, and himself and still seems not to understand the implications of his actions. His desire to be in the Hall of Fame seems to be the overwhelming factor in his desire to be reinstated.

Bart Giamatti died just a couple of weeks after announcing the lifetime ban on Pete Rose. That his heart was not healthy cannot be denied. But how much did the pressure of deciding on a lifetime ban for a baseball icon and making the announcement regarding Pete Rose affect Giamatti's overall health? Pete Rose pressured the commissioner not to announce a lifetime ban by lying repeatedly.

I don't like to hold grudges. I want to be a fan without reservations. The one thing I could not abide would be for Pete Rose to be reinstated as an honored citizen of Baseball.

If a way could be found to reinstate him without turning him into a hero, I would support it. I think that such a scenario is a genuine impossibility. Thus, Pete Rose should remain beyond the pale where he justly has been for 26 years and deserves to remain.