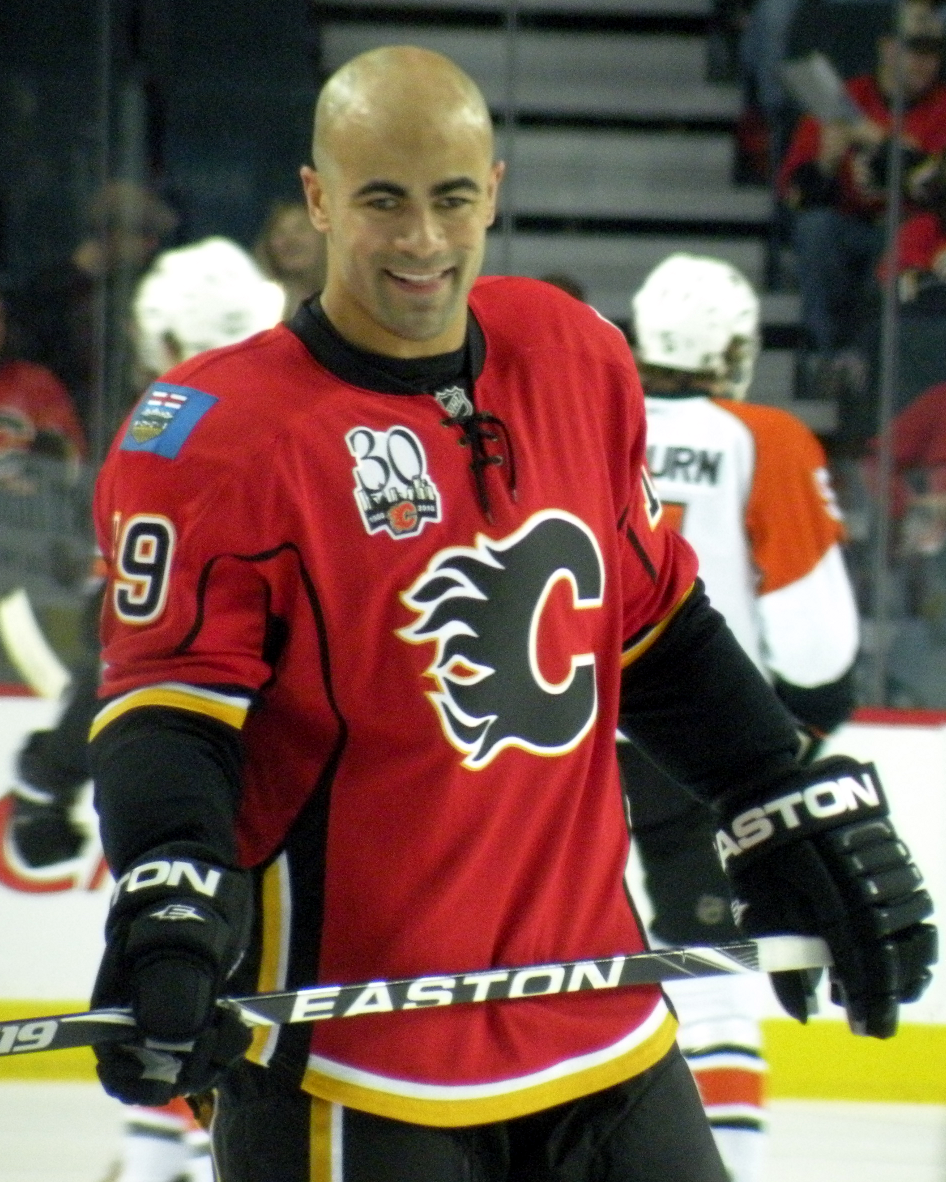 Last week I began talking about the many player moves made by teams in MLB and the NHL.Â  I thought I might talk about the impact of the trades the Chicago Black Hawks made, the moves the Maple Leafs made, and the big trades the Blue Jays made.Â  I decided to give the Blue Jay trades a little while to show some impact and then I got drawn into a conversation about what makes athletes great.

This provides a wonderful segue for the theme of todayâ€™s blog: how the Chicago Blackhawks made what may have been the most significant move of all by hiring to a managerial position a former player who was never great in a 20 year hockey career.Â  Iâ€™m talking about Canadian Jamal Mayers who the Blackhawks hired to a front office position as a community liaison.Â  Rocky Wirtz may know more about the job of community liaison than anyone in pro sports as he was the community liaison when he took over the Hawks after his father William Wirtz passed away in 2007.Â  At the time the Hawks were a dead franchise, alienated from their fan base and considered one of the worst franchises in all of sport!

High Respect for an Average Player

Jamal Mayers played for ten teams in the NHL and in the minor leagues.Â  He was the quintessential checking forward and enforcer, getting far more penalty minutes than points in his career.Â  Nevertheless, Jamal Mayers finished his career lifting the Stanley Cup in 2013.Â  He was acknowledged as perhaps the most respected member of the Hawks by his teammates even though his contribution on the ice was minimal at best. Â His contribution was all behind the scenes.Â  His importance to the hawks was so profound that Coach Joel Quenneville suited him for game 6 against Boston knowing full well that Mayers would not see any ice time in this crucial game.Â  But the rules state that only suited players may lift the Cup so Coach Quenneville suited him up and he was the second to receive the Cup from captain Jonathan Toews.

Thinking Outside the Box

After the celebrations the Hawksâ€™ management successfully petitioned the league to engrave Jamal Mayersâ€™ name on the cup even though he didnâ€™t play enough during the season to qualify and didnâ€™t play at all in the Stanley Cup finals.

Jamal Mayers grew up in Toronto.Â  His mother, Doreen, was a single mom who didnâ€™t always have enough money to support her sonsâ€™ athletic ambitions.Â  Eventually his older brother Alan gave up his own hockey ambitions to further Jamalâ€™s.Â  Doreen Mayers married Alan Crosswell when Jamal was 14.Â  Jamal credits his step-father with influencing him to value higher education before professional sports.Â  Jamal attended Western Michigan University and today is one of the most articulate representatives of hockey.

Jamal Mayers was one of the first black players in the NHL.Â  He helped establish several community outreach organizations such as Ice Hockey in Harlem and Jam and Salâ€™s Community Stars in St. Louis where he began his NHL career.Â  During the lockout in 2004-05 Jamal and two teammates formed the Hockey Academy of St. Louis.

From the outset of his career his teammates and players around the league saw that he was a special person who could represent them to the league.Â  He served as a trustee of the Playersâ€™ Pension Plan; he served as Player Representative for the Blues, the Sharks, and the Blackhawks.Â  As Player Rep he served on the Executive Board and represented the players during the 2012-13 lockout.Â  He has served on the NHL Diversity Task Force to help broaden the NHLâ€™s appeal to minority kids.

This is primarily the role he will undertake as Community Liaison for the Blackhawks.

Jamal Mayers began his NHL career in 1996 and, despite possessing excellent speed across the ice, was never a skilled offensive player.Â  But he had the qualities I spoke about last time: determination, passion, and a willingness to work hard.Â  He won battles in the corners and on the boards and for a guy who had few goals and assists his goal differential was quite reasonable.Â  He understood the game and was able to create space for his teammates who might score while he was on the ice even though he received no credit for an assist.

Speaking from the Heart

In Chicago, and throughout the NHL, Jamal Mayers will be remembered for a passionate speech he gave in the clubhouse before game 5 of the 2013 Western Conference Semi-final series against Detroit.Â  The Blackhawks had somehow let three games slip away from them against an older, less skilled Red Wings team.Â  Several players spoke that day but everyone remembers Jamal Mayersâ€™ speech.

It wasnâ€™t that he said anything amazing or unexpected.Â  He himself said he was just trying to impart to the players how important it is to grasp every opportunity.Â  He wanted them to understand what it was like to be 38 years old and at the end of an average career.Â  Chances to win a Stanley Cup donâ€™t come to every player.Â  In his words, he said that each player â€œhad more to give.â€Â  He emphasized leaving everything on the ice.Â  I believe that the remarkable play of this yearâ€™s top four defensemen, playing extra-long minutes to compensate for the loss of Michal Roszival has something to do with remembering Jamal Mayers say that you have to leave everything on the ice.Â  Jamal Mayers possesses a unique quality that we call gravitas; even when the words donâ€™t read as exceptional on paper, the message is more than just the words.

How, then, can Jamal Mayers being hired as Community Liaison for the Blackhawks be considered the most significant move in the NHL this summer?Â  Certainly it wonâ€™t be the most significant move on the ice!Â  But Jamal Mayers will be prominent in a city that desperately needs minority role models.Â  He will talk to kids about the qualities that served him in his long albeit not illustrious career.Â  He will stress to everyone that passion, drive, perseverance and the other qualities that create great athletes can create great citizens as well.