The Hockey Second Season has Started 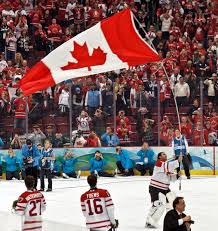 The Stanley Cup Playoffs are a 28-game marathon. With no back-to-back games, the Finals usually take place in June. So from here, the middle of April it might seem a bit premature to predict the outcome of the playoffs.

So I won't make any predictions.

But I will ask the question on everyone's mind: How do our Canadian teams stack up going into the playoffs?

In the East, Montreal and Ottawa are the only Canadian teams, thanks to the season-long collapse of the Maple Leafs. If Canada is to be represented from the East, one of these teams will likely have to defeat the New York Rangers who reached the Stanley Cup Finals last year at the leading edge of what is probably a years-long run as perennial contenders.

Both the Canadiens and the Senators have hot goalies. Carey Price is a proven superstar in goal but Andrew Hammond has taken the league by storm going 20-1-2 with phenomenal save percentage of .941and goals against average of 1.79. If Hammond continues his hot play, the Senators will win but the Canadiens have the more experienced, better balanced team. The Canadiens will be motivated by their previous failures in the playoffs when they were the Cinderella team that fell just short and last year when many chose them to win the Cup and they fell again. Playing to prove that you don't choke in the post-season has a way of causing teams to choke in the post-season. Just ask the Vancouver Canucks.

In the West, the Canucks and Flames will square off in the first series. If ever there was a team in any sport that consistently under-achieved in the playoffs, it must be the Vancouver Canucks. The Canucks were steady and far better than average during the season but their history precedes them. Calgary, on the other hand, hasn't been to the playoffs in six seasons. They are fresh and hungry. Two statistics may tell the difference in this series. The Flames won ten games after trailing going into the third period and led the league with 99 third-period goals. They may have that something extra going forward that the Canucks of the past ten seasons have not had.

This leads us to the Winnipeg Jets. No one seriously believes that the Jets can defeat the Anaheim Ducks in the first round or, if that miracle takes place, can advance in the hyper-competitive West. Here we sight momentum as a factor. The Jets got to the playoffs with a strong late run. Their goalkeeping was spectacular down the stretch as Andrej Pavelec made 83 saves in his last three games without surrendering a single goal. Such a hot hand has been known many times to carry a team that should have been eliminated early deep into the playoffs. Other than youth, momentum, a hot goalie, and the inexperience that causes a team to believe in its abilities far beyond reality, the Jets have little chance in the first round. That's what makes them so dangerous.

The Jets also have two former Chicago Blackhawks who, while not being big stars, know how to win in the playoffs. Andrew Ladd has quietly become an accomplished centre and Dustin Byfuglien has the massive girth to blind goaltenders. In a short series, a stellar performance by Ladd and a few screens from Big Buff could be the difference.

Some Intangibles that Win Stanley Cups

I promised no predictions. So, what are the intangibles that win Stanley Cups?

Unselfishness comes to mind. Making the small pass that allows a good shot may not render the sexy stat but it wins games.

Staying focused throughout the game is another. Some players seem to lose focus when they are on the road or their team falls behind late in a game. In the Stanley Cup Playoffs, where overtime can go on for an hour or more of playing time, focus is as important as staying physically able. Shifts shorten drastically as games go into overtime. You go back on the ice very soon after coming off!

Team chemistry is not a given in any sport. It is one of the least understood intangibles in hockey. It is rare that a team that is not unified wins a Stanley Cup. Team chemistry is more than congratulating a player for scoring a goal. It means being able to play with whomever the coach puts you with. Injuries dictate quick changes at times.

Sometimes team chemistry comes into play at the most critical moments. When the Chicago Blackhawks tied the Boston Bruins late in game six in 2013, the goal was manufactured almost entirely by team chemistry. The drop pass to Patrick Kane at his blue line to bring the puck up and create offensive zone penetration, the work in the corner by both Kane and Jonathan Toews, the peel away by Toews toward the goal line knowing that Duncan Keith was also on the boards, the buttery-soft pass from Keith to Toews and the equally-soft pass through Zdeno Charra's legs to two players breaking to the net!

Can Canada Lift the Cup?

Any of the Canadian teams has the ability to reach the finals and possibly hoist the cup. It will depend on the many intangibles plus the players' ability to step up in what for Canadians is the greatest annual showcase in sports.