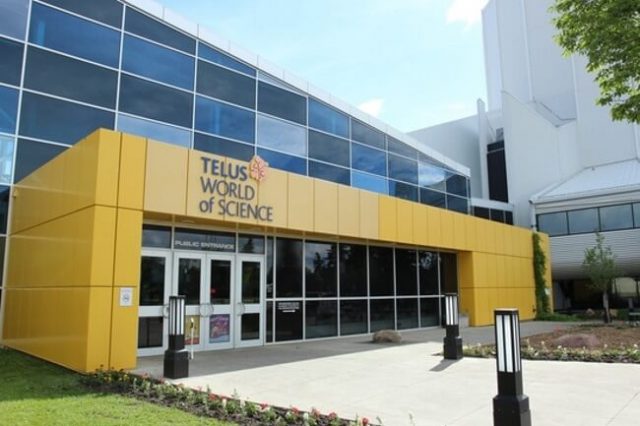 Edmonton’s TELUS World of Science will soon be in a position to offer even more to its visitors thanks to funding allocated to the centre by Canada’s federal government. The funding is earmarked for expansion and a general upgrade. The centre will be putting the money to good use by expanding its current range of exhibits as well as implementing measures to further promote knowledge about Canada’s North.

The existing interior space will receive a major upgrade with a focus being on sustainability and environmentally friendly installations. Specific renovations are being planned for the venue’s Health Gallery and Science Garage, with a new outdoor community plaza and interpretive trails also in the design and upgrade pipeline. The structure’s carbon footprint will be reduced thanks to the installation of solar panels; also made possible by the announced funding.

City Plays Its Part Too

The entire project will supposedly amount to an estimated $23.4 million, of which $8.65 million will be donated by the Canadian government’s Community, Culture and Recreation Infrastructure Stream of the Investing in Canada Infrastructure program.

The City of Edmonton has allocated a further $12 million from its own purse towards the cause. This money has been allocated towards the construction and layout of the centre’s Aurora project. The balance of the funds needed to complete the project will originate from the ranks of private donations as well as the Province of Alberta.

Government Made It Possible

Needless to say, the centre was absolutely thrilled by the announcement regarding the special funding initiative. This is according to TELUS spokesperson Alan Nursall. Nursall commended government on its involvement in the development of science in the country and said that it was only with the help of partners like government and others that development and discovery in Science is even possible in the first place.

Lives are changed each day thanks to discoveries made by those visiting the centre, said Nursall, none of which would have been possible without the monetary resources pledged to the centre. Nursall proudly went on to refer to the existing “re-imagination” of the centre that has already taken place. This includes the completion of the S.P.A.C.E. Gallery, The Nature Exchange, CuriousCITY and the Zeidler Dome.

The funding will now enable the centre to diversify its already impressive and educational range of offerings.

Bet on sports ONLINE. Back local and international teams at TOP Canadian sportsbooks!