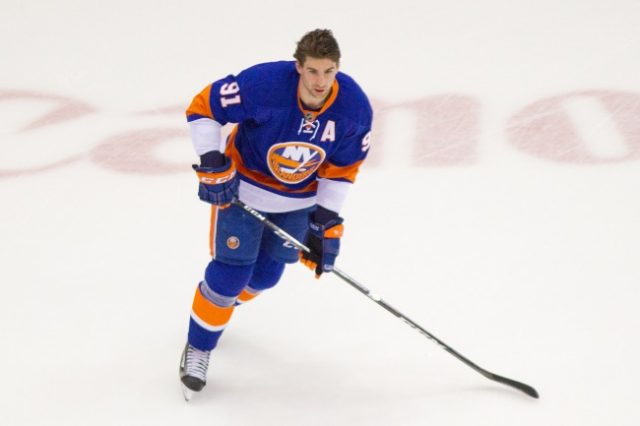 John Tavares never envisioned a “C” appearing on his jersey back in the days when playing for the Toronto Maple Leafs was but a dream. But life has a way of topping our dreams and desires and Tavares, for one, can now say from personal experience that this is true, what with his having been named the new captain tasked with the duty of steering Toronto towards victory in the coming season.

Tavares has only ever wanted to don the blue and white. His humble nature paid off mere days ago when his three-week old son Jace informed him of his new standing within his favourite team’s ranks. The youngest Tavares managed to communicate the good news to his father thanks to having been dressed in Maple Leafs official colours and sporting the letter “C” on his small but enthusiastically wiggly frame. To John Tavares, there could not have been dreamt up a better and more emotional way to receive the news of his appointment than by having Jace break the awesome news.

General Manager Kyle Dubas is well satisfied with the choice for a new captain. Dubas said that Tavares was to his mind a great fit for the job and that the benefit of having had a number of suitable candidates for the position of Captain really served the entire decision-making process.

Dubas said that whilst many of the candidates were more than suitable for the daunting task of leading the Leafs, it was in the end unanimously decided that out of everyone concerned, Tavares was undoubtedly the best of the best for the job.

Leafs centre Austen Matthews, who also happened to be in the running for the big C, commented on Tavares’ appointment and said that he too considered the player to be the best choice at this present time in the history of the team. Matthews said that Tavares was a player who every day pitched up, pitched in, and did his job. According to the star centre, Toronto could want for no more in a team leader than exactly that: showing up.

Austen, along with fellow considerations Mitch Marner and Morgan Reilly, and then of course Captain-elect Tavares, all consider the entire process to have been huge honour. Matthews said that just to be recognised is considered by all four to be a great honour and that they each consider the next to be a true leader and worthy of being nominated.