Steve Nash, a Proud Canadian Headed for the Hall of Fame 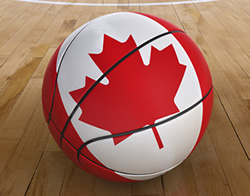 The illustrious Steve Nash, a Canadian-raised basketball player who rose from complete obscurity to become one of the greatest players of all time, has retired from the National Basketball Association (NBA). Steve was raised in Vancouver where his family settled after his father ended his professional soccer career.

Only One Coach Thought He was Good Enough

Although Steve starred for his high school team, no major college coach saw his potential and he was not offered an athletic scholarship to a major basketball program. The coach of little Santa Clara College was invited to see Steve play and was amazed to discover that he was the lone college coach in attendance at the game. Steveâ€™s offensive skills were so impressive that the coach offered Steve a scholarship with the proviso that Steve would devote as much time to learning to play defense as offense. It is safe to say that that part of the deal went unaccomplished!

Steve Nashâ€™s career will send him to the NBA Hall of Fame as the best point guard of his era. His teams led the NBA in offense for nine consecutive years during Steveâ€™s prime. Steve himself was named league Most Valuable Player (MVP) two years in a row. As a point guard, Steveâ€™s primary task was to run the offense and make sure that the open player took the highest percentage shot. Steve had the uncanny ability to see small seams in the opponentâ€™s defense and had the instantaneous knack for getting the ball to the right player at the right moment for a high-percentage shot.

Steve was drafted by Phoenix 15th in the 1996 NBA draft. The NBA is a star-oriented league with only two draft rounds. Few second-round picks have successful NBA careers and players drafted in the second half of the first round often become no better than average NBA players, so few expected Steve Nash to become one of the all-time greats.

Steve was thin and gangly, a distinct disadvantage in a league with human behemoths and known for heavy physical contact near the basket. As a guard Steve would be risking serious injury every time he drove to the basket! Steveâ€™s accomplishments are so unique that he is the only player in NBA history to win two or more MVP awards at such a short height, short for the NBA that is!

As a point guard, Steveâ€™s primary statistic was assists. He stands third all-time in the NBA in assists with 10,335. He led the league in assists six times! His coach, Don Nelson, told Steve to shoot more, that, counter-intuitive as it may seem, his passing skill would be enhanced if he shot the ball more! This led to another amazing statistic. Four times Steveâ€™s shooting percentages were 50% from the field, 40% from three-point range, and 90% from the free-throw line. Such a statistical line for shooting excellence is truly a rarity in the NBA. Steve and Larry Bird are the only players to have achieved this line in more than one season.

At One with No NBA Championship

The one accomplishment missing from Steveâ€™s resume is an NBA championship. When he was asked if he could rewind the clock and change the outcome of a playoff game or series so that he could have won an elusive championship, he said itâ€™s not necessary. Steve Nash is secure within himself enough to understand that championships are difficult indeed to win but that the failure to win one is no reflection on him or his teammates. It wasnâ€™t so much that his team lost as much as that the other teams won.

Speaking out against War

Steve showed his self-confidence when he openly opposed the war in Iraq in 2003. He said at the time that war was the wrong way to go 99.9% of the time. He was openly criticized at the time, not so much for his opinion which he is entitled to, of course, but to his temerity at speaking out on such a lofty subject from his place as â€œjust a basketball playerâ€. Steve stood by his statements throughout the criticism.

Agree with his opinion or not, you must acknowledge that Steve did sail uncharted waters with his outspokenness. History has shown him to have been ahead of his time as when NBA players make political statements now, they are no longer criticized for speaking out. They are praised or criticized for their opinions.

Steve also runs a charity called the Steve Nash Foundation which is duly recognized in both the U.S. and Canada. The foundation seeks to enhance the quality of life for disadvantaged youth through education, personal development, and health.

Steve has long been a somewhat reluctant emissary for healthy eating and living. He wrote a famous, and quite long, article in Facebook in 2009 because Shaquille Oâ€™Neal had mentioned that he was on the â€œSteve Nash dietâ€!

Steve explained that his diet and living habits were the result of years of trying to stay as healthy as possible to become and remain the best basketball player he could be. His diet consists of lots of fresh fruits and vegetables, baked or grilled fish and chicken, and as little sugar, oil, and processed foods as possible.

If youâ€™re reading this on your mobile device while shopping in a supermarket, be advised that almost everything you see is not on the Steve Nash diet! Steve is also an advocate for the health benefit of sound and lengthy sleep.

Congratulations to Steve Nash on his Long and Productive Career