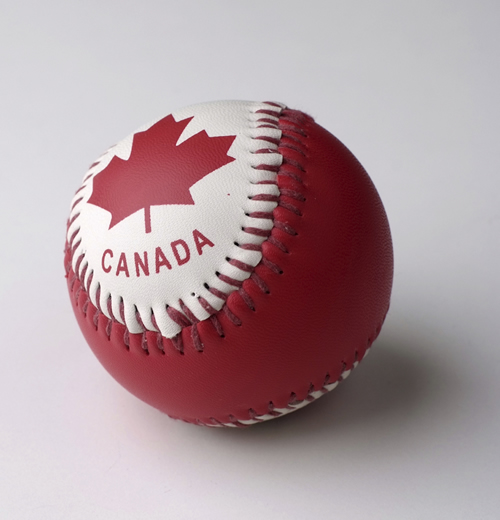 Michael Saunders was a baseball and sports prodigy of sorts growing up in Victoria. He played in the Little League World Series, his school won the BC High School Basketball Championship, and won the Premier League Most Valuable Player award at 18. He began his professional baseball career in the Seattle Mariners organization, just a short drive (and ferry ride) from home. Last year the Mariners traded Saunders toâ€¦.our very own Toronto Blue Jays. Michael Saunders was never considered a bust in Seattle; he simply never reached his potential. His baseball odyssey is a story of growth, maturation, and perseverance that any athlete would be well advised to emulate.

Michael was born and raised in Victoria, BC. He was a top high school player but was not considered a â€œcanâ€™t missâ€ talent. Michael decided to turn pro straight out of high school and was drafted by the Seattle Mariners. Given the proximity of Seattle to Victoria, you could say that the Mariners had decided to use their 11th round pick on a â€œlocal boyâ€. Eighteen year old 11th round picks are not thought of as future big leaguers but Michael has always worked hard. He was fast but not blazing fast. He played solid but not spectacular defence. He had power but not extraordinary power. He had the drive to make every play and was willing to sacrifice his body to do so.

Rebounding from a Bad Year

Not the Typical Modern Player

In the modern era, most 23 year old rookies have played college ball. Although the college experience is certainly helpful, Michaelâ€™s path was quite different: he played baseball in some form every day! It is a great tribute to him that in four seasons he rose from an unknown 11th round draft pick to the major leagues! Michael never was able to take the next step as a Mariner, to become a star in the league. Players like Michael Saunders are often called journeymen, meaning players who are good enough to play in the majors but are not even considered average

This designation is not entirely fair in Michael Saundersâ€™ case. He is still young by baseball standards. At 28, he is in his â€œprimeâ€ the years of optimum production. It is therefore significant that after last season Michael was traded by his â€œhometownâ€ Seattle Mariners to Canadaâ€™s team, the Toronto Blue Jays. The Blue Jays hope to be contenders in the American League East, a division that has only one solid team, the Baltimore Orioles. The Yankees, Red Sox, and Rays have all fallen on hard times in recent seasons giving the Blue Jays a solid opening to challenge for the division title or a wild card berth in the playoffs.

What kind of player are the Jays getting in Michael Saunders? Michael Saunders is a MAN. He has had to grow up to manhood while trying to excel in a very difficult profession. His mother passed away when he was twenty-five. The emotional blow may have delayed his development as a player. Michael freely admits that, when he started his career, he wasnâ€™t emotionally or mentally mature enough for the rigors of professional baseball. He might very well have benefited by being in the cocoon of college baseball. Michael got married in 2011. He and his fiancÃ©e, Jessica, moved their wedding up a few months so Michaelâ€™s mother could attend. Being a husband and father has set his mind on a different set of priorities than before. He says that where once he played for himself and got down on himself terribly if he had a bad at bat, now he plays for his family.

Michael has never been associated with illegal drugs or performance enhancing drugs. His accomplishments are those of a talented guy who played by the rules and made incremental improvement step-by-step, slowly but surely.

Michael as a Player Today

When Michael was drafted, he was thought to have some power potential. Modern baseball is power-crazy. Outfielders are expected to hit 30 home runs every year. Strike outs are discounted. Michael Saunders doesnâ€™t fit easily into this scenario. He has what is called â€œoccasional powerâ€.

Michael also has developed into a very sound defensive outfielder. He may not make spectacular catches or throws from the outfield, but he can be counted on to throw to the right base, to make strong, accurate throws, and to position himself correctly taking into account the batter, the pitcher, the balls and strikes count, and the game situation.

The biggest criticism that has been made about Michael Saunders is that he gets injured. His injuries are not the sort that occur when players donâ€™t take care of themselves. Michaelâ€™s injuries are usually because he plays hard on every play.

Michael is a Proud Canadian

As a boy, Michael Saunders dreamt of playing for the Blue Jays. He knows the business side of baseball; players donâ€™t always get to choose which team they play for. When it became apparent that the Mariners were going to try to trade Michael, he hoped against hope to be traded to the Jays. Michael feels that as a Canadian, playing for the Canadian Major League team means he is representing not just himself or his team but all of Canada.

Michael already has some experience representing Canada on a big stage. He played for Canada in the 2008 Olympics and the World Baseball Classic in 2013. In 2013 he was named to the WBC All Star team for his offensive production.

Hope for a Future Revival in Toronto

Letâ€™s hope that Michael Saunders can hush his critics and be a major cog a season that sees the Toronto Blue Jays return to the highest echelon of big league baseball!