Sportradar & NASCAR Team Up for Integrity 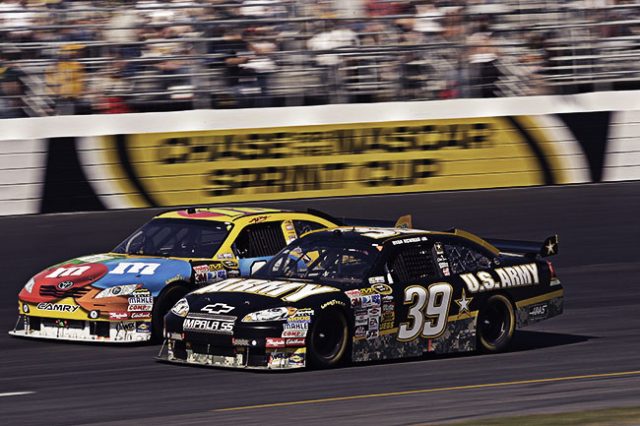 NASCAR has once again joined forces with the experts at Sportradar in order to fortify its dedication to protecting the integrity of motor racing sports.

The renewed partnership will see NASCAR benefiting from Sportradar’s iconic Fraud Detection System (FDS), which monitors international and local betting platforms for signs of suspicious activities across all of the former’s three biggest events. These are the NASCAR Xfinity Series, the Monster Energy Cup Series, and the Camping World Truck Series.

The motor sports giant will also be able to take advantage of Sportradar’s Education and Prevention Services under the deal. This includes on-site workshops for NASCAR’s drivers, officials, teams and stakeholders which will be hosted by numerous education and integrity authorities. Additionally, Sportradar’s Integrity Services will assist NASCAR in developing a complete betting integrity program, including strong rules and policies to protect all involved.

An Essential Time for US Sports

Andy Cunningham, the director of global strategy of integrity services at Sportradar, has noted that his company is honored to be partnering with NASCAR in what is an essential time for American sports, especially considering the Supreme Court’s wagering case earlier in 2018. His company, he said, is looking forward to supporting motor racing by installing a top-rate integrity framework to protect the sport and its proponents.

Brian Herbst, the NASCAR VP of global media strategy and distribution, added that it is crucial to be proactive in creating safeguards that protect NASCAR’s on-track products from any potential threats to their integrity.

Sportradar, he said, is a leader in this sector, and that knowing that future races will be monitored and guarded professionally gives his company peace of mind. The fact that the supplier will also give the industry the tools and knowledge it requires will go far to preserve the integrity of NASCAR as the American betting market continues to grow.

Sportradar Signs Deal with the NBA

The announcement has come shortly after Sportradar announced a new deal with the NBA. Under its terms, the firm became the NBA’s first betting data partner in the United States, gaining non-exclusive rights to distribute genuine National Basketball Association betting information to licensed US sportsbooks nationwide.

The supplier’s Fraud Detection System is currently in use by more than 75 professional sporting bodies around the world, including the NHL, the NBA, the MLS, FIFA, and MotoGP. And now, with NASCAR under its belt too, Sportradar will have no problem proving the exceptional quality of its integrity framework in the foreseeable future.