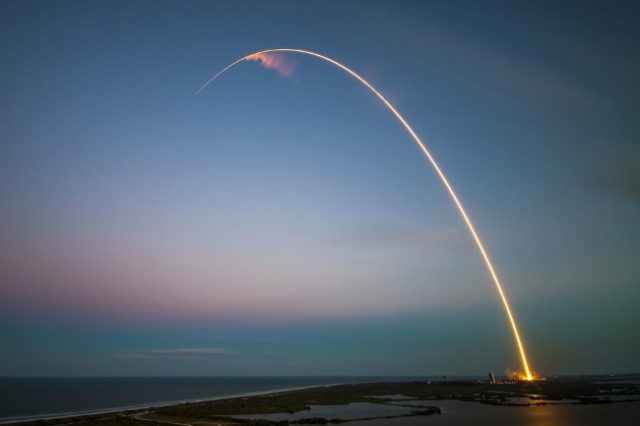 Elon Musk may put the human space travel naysayers to shame yet. On September 28 the tech-entrepreneur updated the world on the latest SpaceX Starship developments as well as the projected T minus time frame to actual human orbital flight. According to Musk, Starship may well undertake its first orbit as early as March next year. Missions to space with humans on board may according to the visionary space enthusiast become a reality before the year 2020 is out.

Musk showed the newly assembled Starship to a group of reporters and other interested parties late on the afternoon of the Saturday in question in a remote region of Texas. He also presented to the curious gathering animations of the rocket landing on the moon and on Mars. Musk referred to his plans for the new Starship rocket as the holy grail of space travel and it was very much a matter of “watch this space” as the billionaire addressed the crowd from his position of standing between two towering genius space travel inventions; Falcon 1 and the new SpaceX Starship.

Read More… Woodbine To Trial 3 Months Of No Whips

No Different To Sea Travel

The Tesla boss appears to be adopting a very logical and reasonable approach to the proposed outcome of realistic and cost-effective (or at least as cost-effective as space travel will ever be) space travel. He likened space travel to sea travel and said that the only way in which space travel would succeed is if humans began viewing the two modes of travel as on equal footing.

Musk at the time also commented on the safety issues involved during the experimental phase, now already 3 years in the making. He during a Q&A session explained that though the impact on the residents of the nearby remote village of Boca Chica may be low, it’s by no means “small”. Musk then went on to confirm that the best course of action would be to buy out the village so as to ensure a bigger radius of inhabitation around the overall development and launch-experiments. The entrepreneur said that a buy-out offer was already on the table for consideration by the residents of the village. The word on the street however is that some of Boca Chica’s residents have rejected Musk’s offer of buying out their homes for roughly three times the actual value. It remains to be seen at which point the “price will be right”.

Is He Wasting His Money?

Musk is on his part quite obviously pushing full-steam ahead with his plans and did already in 2018 name the first passenger to have secured a ride onboard Starship’s maiden passenger voyage to Mars as being Japanese billionaire and businessman Yusaku Maezawa.

There are those who dreamily look up at the stars whilst hanging onto every word uttered by Musk and then there are those who like to think of the entrepreneur as a feisty canine pup chasing after a speeding car, fully intent on catching up but once it does, not being entirely sure what to do with the catch of the day. Whichever way the chips may fall, the human race is in desperate need of a new dream and Elon Musk is just about the best shot we’ve got at actually reaching the stars.

Get the BEST gaming experience! Play at Canada’s most elite ONLINE CASINOS.