Sharpe Snowboarding His Way to the Top 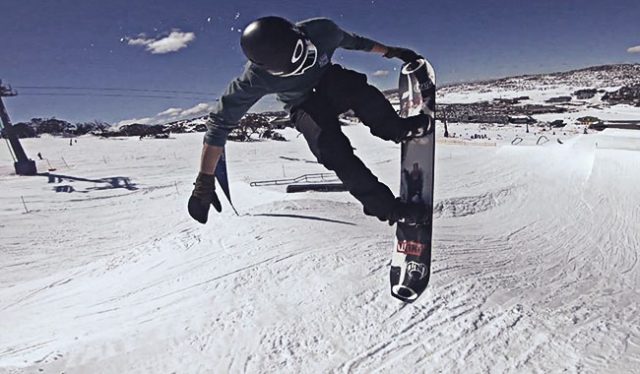 Doing strange things is a vital part of growing up – but regardless, not many of us can say that we snowboarded down a mountain in a beaver suit when we were kids. Interestingly, however, Canadian snowboarder Darcy Sharpe can.

Speaking about the time he did exactly that when he was 12 years old, Sharpe confessed that he had thought it was a great idea at the time. Unfortunately, he had no peripheral vision while he snowboarded down Mount Washington on Vancouver Island in his beaver costume, and it wasn’t long before he crashed into another female skier.

The 22-year-old athlete has confessed that he got into plenty of trouble growing up, which gave him a less than ideal reputation in his hometown of Comox, BC.

Doubt & Judgement from His Peers

Despite being an excellent snowboarder from a young age, many people refused to take Sharpe’s passion seriously because of his history. He has admitted that his teachers thought that his craft was a joke, especially since he was missing school for it. However, today he is proving just how wrong they were.

Back in 2015, the athlete won a coveted gold medal at the FIS Snowboard World Cup in Quebec City. Then, in late 2017, he claimed a silver medal in slope-style at a World Cup race in New Zealand. Most recently, Sharpe even managed to scoop a silver once more in the Winter X Games this month. He placed ahead of the entire CA slope-style team that would be heading to the Olympics in Pyeongchang in February.

Sharpe, who now lives in Whistler, BC, clearly had enough talent to make the national Olympic team. Unfortunately, he had not gathered enough points to make it to the Winter Games because of injuries he sustained during the qualifying trials.

The snowboarder also had an issue with Canada being granted just four spots for men’s slope-style in the upcoming Pyeongchang event. According to him, if you have ‘superpower countries’ in a sport that are only allowed to showcase a few of their representatives, the Olympics becomes notably less challenging.

As of January 21, Sharpe ranks third in his sport in Canada and eighth in the world according to the global snowboarding points list. However, he was not aware of these rankings, as he does not check them very often or compare himself to his peers. Instead, the incorrigible thrill-seeker chooses to focus on his game to the best of his ability and to continue to enjoy every moment.

As for those who doubted him as a kid and gaining validation as an adult, he believes that he will feel validated when he can go home and start snowboarding clubs and fund-raisers to help disadvantaged children and indigenous people to get back on their boards and shine.

Put your money on Winter sports! Bet online and get the BEST ODDS.