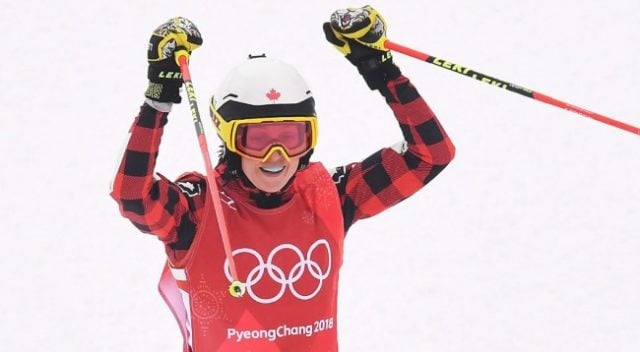 Retiring at the age of 29 isn’t something envisioned by or even entirely possible for many people. Unless your name is Kelsey Serwa, celebrated Olympic current ski cross champion. The two-time Olympic medallist and world champion, resident of Kelowna, British Columbia, now plans to trade the excitement of the slopes for the next chapter of her life, having achieved the highest level of success possible in world-class pro-ski cross.

The gold medal won at last year’s Winter Olympics in PyeongChang was the cherry on the top for her, said Serwa during her recent announcement. She had finally achieved what she had come to do and the time to move on from her celebrated sports career and on to other (no doubt) equally great things has arrived.

The Gold Was It For Serwa

Serwa experienced the thrill of the Olympics for the very first time in 2010. During that year, she managed to finish 5th. Ashleigh McIvor took home the gold in 2010. After that, it was Sochi Russia. Serwa recalls having been motivated to do better by her 2010 performance. Her hard work and zeal to do better finally paid off, affording her the silver to take home to her country.

The final frontier was the gold, the very same that the pro-skier finally got to bring back to Canada in 2018. Serwa now says that looking back, the medals followed in perfect succession; a kind of perfect jump from the one to the next. Much like cross skiing really, which is a sport that sees athletes race head to head at dizzying speeds down a set course made up of various jumps and tricky turns.

The Past And The Future

But it wasn’t always speedy flying or easy sailing for the pro-athlete. She recalls how the various Olympic seasons caused various types of people to cross her path. With some, says Serwa, you end up butting heads; with others, you get along with absolutely no effort. But in the end, every person shapes you for better things to come in their own special way.

Skiing has in many ways always been a big part of the Canadian’s life. She grew up on the slopes, so to speak, having grown up skiing at the famous Big White Resort in her home town; a resort that had been co-founded by her grandfather.

But what is next up for Serwa? In addition to marrying pro-skier Stan Rey later on in September this year, she isn’t planning on permanently closing the door on pro-competitions. Whatever the future holds, Serwa plans on grabbing on and with both hands and making the best of just about everything that life has to offer.

Bet on Winter sports online. Choose your favourites and wager to WIN!