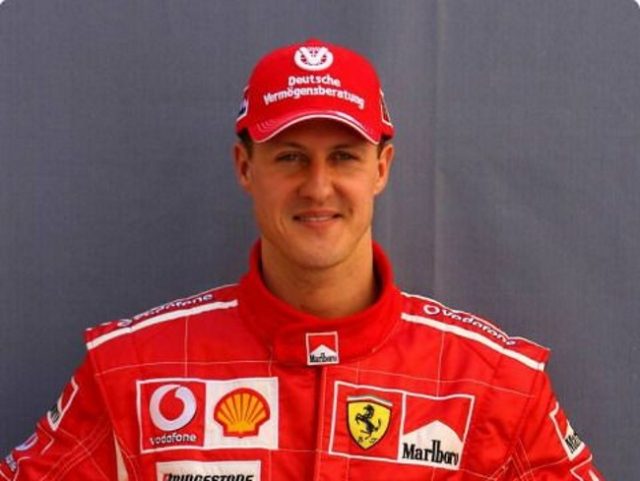 Retired F1 legend Michael Schumacher (50) has not been seen since a devastating skiing accident in Grenoble in 2013. The accident and blow to the head had effectively shattered Schumacher ‘s protective helmet. Grenoble doctors had proceeded to immediately induce a 6-month long medical coma. Then in 2014, the beloved Ferrari champion was moved to the University Hospital of Luassane, where he received rehabilitative therapy before having been moved home to the shores of Lake Geneva later that year.

Neither his family nor long-time manager and friend Sabine Kehm have at any stage since the 2013 accident let on anything significant regarding any progress or otherwise. Schumacher’s entire existence was instantly turned into a closely guarded secret, with absolutely nothing having fallen through the news cracks.

Until now, that is.

According To Newspaper Reports

Just days ago a French newspaper confirmed that Schumacher had been admitted to a Paris hospital under yet another cloud of secrecy. But a nurse working in the cardiovascular unit of the Georges-Pompidou hospital had for whatever reasons only known to her, decided to reveal to Le Parisien reporters that not only had Schumacher been admitted to the hospital for specialised stem cell treatment supposedly administered to control inflammation, but that he was in fact, conscious.

The nurse confirmed to reporters that Schumacher was in her “service” and also that he had been visited for at least 45 minutes by long-time friend and former F1 Ferrari boss Jean Todt. The worker wasn’t willing to spill any more means save to offer the “assurance “ that Schumacher was conscious.

Schumacher supposedly arrived at the hospital on Monday in a blue and white ambulance, and was initially admitted after a health scare, the exact details of which aren’t known. The hospital was instantly transformed into a military-style bunker, and according to an unnamed witness, only about 10 people were allowed to enter the drop-off zone of the hospital.

Professor Philippe Menasche then treated Schumacher with the anti-inflammatory stem cell treatment. Menasche (68) is a world-renowned expert in the field of stem cell treatment and is a well-known figure in medical circles. He is best known for having performed the world’s first embryotic stem cell transplant on a patient with acute heart failure.

Menasche, after having been contacted by the Paris newspaper, refused to provide any details about Schumacher’s treatment, insisting that the hospital would continue to strictly adhere to the hospital-patient confidentiality agreement.

Love betting on Formula One? Sign up at a TOP Canadian SPORTSBOOK online!