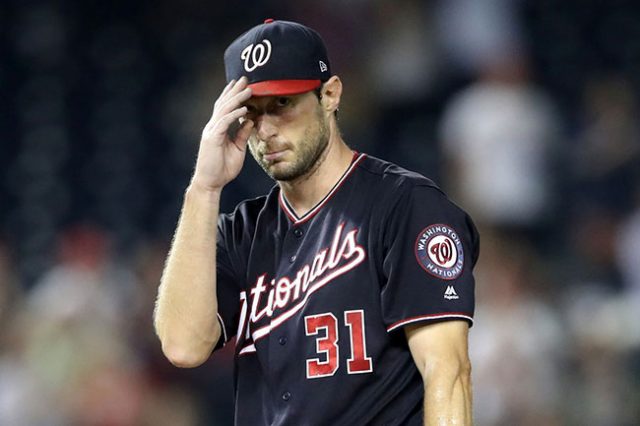 Washington Nationals pitcher Max Scherzer has become the 17th pitcher since 1900 to strike out a whopping 300 batters in a single season. The pro player managed to reach the historic new milestone by fanning 10 in 7 innings on Tuesday evening during the Nationals’ 9-4 victory against the Miami Marlins.

Scherzer has managed to lower his ERA to just 2.53 by allowing one run in 7 innings as he aimed for a third consecutive NL CY Young Award win. Furthermore, he also claimed an honor in the AL for Detroit in 2013. The player threw 70 out of his 100 pitches for strikes, giving up 5 hits, and did not walk a single batter.

He reached his 300 strikeout record by getting Marlins player Austin Dean to whiff on a fast-paced slider at the end of a ten-pitch at-bat for the second out of the seventh. Scherzer raised his fist in excitement while the spectator crowd of 26,483 (including his wife) joined players in the home bullpen by applauding him in a standing ovation.

SPORTS NEWS: Is Jose Mourinho the Wrong Man for the Man United Job?

82 Games So Far for Scherzer

As of Tuesday, the player now has 10 or more strikeouts in a majors-high 18 out of his 33 starts so far this year. He also has 82 such games under his belt for his awe-inspiring career so far. According to manager Dave Martinez, being with Scherzer every day and watching him prepare has made it clear to him why he is the best. Martinez also added that his preparation is ‘beyond anything he’s ever seen before’.

As is traditional for the pitcher, he would remain around the grass after strikeouts each Tuesday as well. With little else to occupy him as two eliminated teams battled it out, fans quickly became immersed in his pursuit of batter number 300.

Avid fans would cry, ‘Let’s go Max!’, rising to cheer whenever he had two strikes on a hitter. Collective chants of ‘Awwww’ were also heard whenever a pitch near the plate was dubbed a ball, or even when a pitch created any kind of out that did not add to his impressive strikeout total. 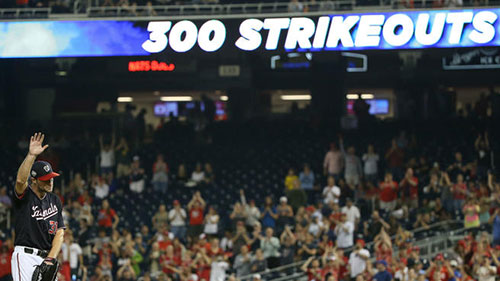 Scherzer went into his Tuesday game ranking number-one in the NL in eight major statistical groups, including strikeouts, strikeouts to walks ratio, opponents’ batting averages, and innings pitched. Furthermore, he was also tied for first place in an additional two categories: quality starts (27) and wins.

It is now expected that Scherzer and New York Mets starter Jacob deGrom will be the NL’s main CY Young Contenders. DeGrom is standing at 9-9 with a 1.77 ERA and single-season records of a huge 23 quality starts (not to mention 28 starts in a row), allowing three earned runs or less. 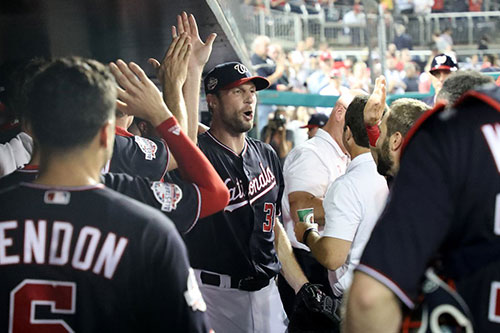 Want to be a winner? Start betting online NOW!