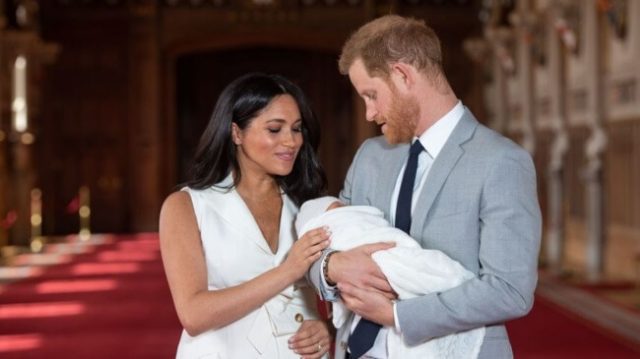 Bookmakers all over the world; but especially UK-bookies; recently literally had a royal time of it raking in the dough when the youngest member of the royal family finally made his appearance and, lo and behold, was neither Arthur nor Philip, and most definitely not Elizabeth or Ann!

Archie Harrison Mountbatten-Windsor has arrived in his own good time, is a boy, and apparently hasn’t caused his famous father and mother a moment’s worth of trouble. In fact, mom Meghan describes young Archie as having a sweet temperament; a real dream and a pleasure to have. Dad Harry in turn, made the world wait for the big reveal. Archie had been around for two whole days before his father and mother, the Prince and Duchess of Sussex took to social media and announced that Archie was Archie, and in fact, not a girl!

Bettors were for the longest time convinced that the unborn baby’s sex would be revealed as being female. So much so, that bookmaker William Hill eventually decided to completely remove the gender line from its list of options, convinced that somehow, someone had become wise as to the real sex of the baby.

Archie’s name too, proved a national conundrum. Suffice to say, neither “Archie” nor “Harrison” (especially not Harrison!), featured anywhere near the top of anyone’s lists. In fact, and quite surprisingly so, Ladbrokes managed to collect £100 worth of Archie-bets. And that’s probably only because the name had not been featured as an option – at all!

Now For A Pair Of Godparents!

Now that Archie’s name and gender is no longer to be guessed at, the next big bettor-dilemma is pin-pointing who his godparents are going to be. Firm favourites topping the list are Ben and Jessica Mulroney, who are close friends of Meghan’s. Actor George Clooney is also in there somewhere, despite his having stated in no uncertain terms during a recent appearance on Jimmy Kimmell Live, that the couple, who are close friends of his, should not even think of calling on his godfatherly expertise. He already had twins to take care of, after all, and according to the actor, this was already more than what anyone should be expected to handle!

But whatever the future holds for young Archie “son of Harry” Mountbatten-Windsor, its sure to be filled with a lot of love and blessings, as is perfectly befitting for the 7th in line to the throne, or any other little boy (or girl!), for that matter.

Bet on just about EVERYTHING online! Wager to win at TOP sportsbooks NOW.