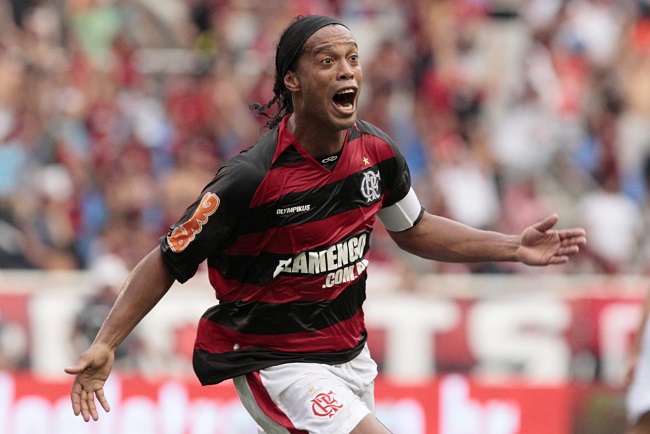 Brazilian soccer golden boy Ronaldinho, though not completely out of the legal twang following allegations of his having attempted to enter Paraguay using a fake passport last month, has at least been released from prison.

Ronaldinho, who has all throughout the sordid affair maintained that he had no knowledge of his passport having been a falsified document, was arrested alongside his brother, Roberto Assis. Since the soccer star has limited freedom of movement restored to him, Ronaldinho has now been in a position to state his case supported by certain evidence speaking of his innocence in the debacle. He recently granted his first interview since his conditional release from behind bars.

The pair were arrested by Paraguay police on March 7 upon an attempt to enter Paraguay by making use of their alternative passports. Authorities however discovered what was at the time described as “irregularities” with the two passports in question, followed by the brothers being promptly carted off to jail.

They then ended up spending 32 days behind prison bars – which period was initially supposed to have been part of a 6-month sentence. They were however permitted to leave their prison cells on April 9th, but condition that they were to remain on house arrest at a local hotel until such time as what they were due to appear before court for the official sentencings.

The soccer star continues to maintain his and brother Roberto’s innocence and in a once-off interview with ABC Color following his release from prison, explained yet again how “totally surprised” the pair had been at having been informed of the illegal nature of their travel documents. He stressed that both he as well as brother Roberto have been working in unison with the Paraguay justice system since the very day of the arrests so as to get to the bottom of how fraudulent documents had ended up in their possession.

But Ronaldinho did not exactly suffer the same fate as what would have been that of any other person in his shoes on that fateful day in March. During his time of incarceration at the Agrupacion Especializada maximum-security prison in Paraguay, the star enjoyed jail-house perks reserved for the celebrity-style inmate that he was, including being permitted to regularly play soccer outside in the courtyard as well as receiving special treatment by his fellow inmates.

The star wasn’t able to explain why he and brother Roberto had made use of alternative passports when they in fact had their own passports, issued via legal Brazil channels. The truth will hopefully be revealed once the court trial commences.

Bet on SOCCER online. Learn more at a TOP sportsbook!