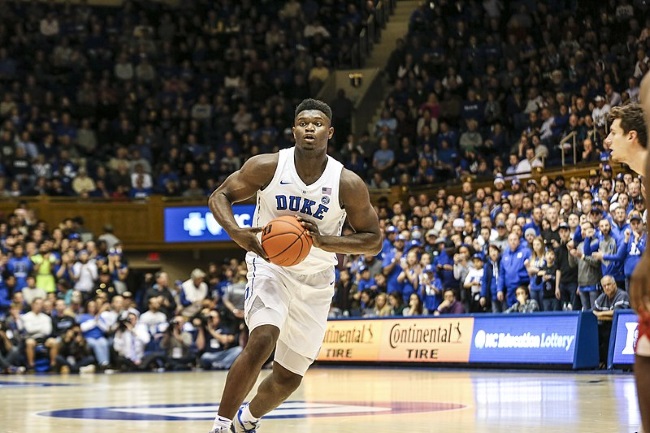 Zion Williamson has what it takes. And not only according to LeBron James. The kid seemingly primed to be named Rookie of the Year appears to have been conditioned for exactly this accolade. Williamson, a former Duke player, has been racking up the points ever since having joined the ranks of the NBA about a month ago. Points are a thing and even more significantly so when those points happen to be registerable on a points-per-minute scale. It’s not at all hard to see then why Zion Williamson is considered only the fourth rookie in history to have hit it up at an average of 25 points in 4 games. Four straight games, no less.

But New Orleans Pelicans statistics aside, the world of NBA is interested in another level of statistics altogether. And that’s the fact that according to HoopsHype, Zion Williamson is on average scoring 29.5 points every 36 minutes. This jab on the points ladder applies to 13 games played and effectively bashes Luka Doncic’s 23.7 points per every 35 minutes (2019) all the way out the ballpark.

To really put matters clearly into perspective, Zion Williamson’s points-per-36 tops the likes of Michael Jordan (26.5), Wilt Chamberlain (29.2) and Joel Embiid (28.7). No surprises then that LeBron James, to whom incidentally Williamson is being likened, didn’t mince words after having had the opportunity to square it off opposite Williamson during a recent Pelicans stand-off with the Los Angeles Lakers, described the former Duke legend as a “special kid”.

The 35-year old spoke to ESPN reporters and said that its now a done deal that Williamson will only get better and better form here on out. Every next game played by the kid on a fast approach to a Rookie of the Year sideswipe, said LeBron, will not only be another opportunity to do a one-up on the 36, but also one more opportunity to learn, to grow and to ultimately improve even more. Moreover, it certainly helps that Zion Williamson’s particular style of play fits in perfectly with how the game is played now that its evolved into a sport closely resembling bolting down the track whilst trying to score as many points as possible within the first 8 minutes.

What This May Mean For Pelicans

Needless to say, all of this appears to be great news for the Pelicans. Despite being hometown New Orleans, the Pelicans aren’t by any shot the happy band to be keeping all eyes on. In fact, rather cringeworthy is the fact that this is a team outranked by various local collegiate teams. Perhaps the best thing about the New Orleans Pelicans is the team’s doggedly hard-wearing and positively resilient fanbase.

Not even a definite knack for serial losing appears to shake this bunch loose from the gird-straps. Good job too, because serial losers the Pelicans have shown themselves to be ever since 2018. Not to mention the horrendous failures in marketing, the brand faux pas and the absolute lack of in-game entertainment. Until now, that is.

Because now is Zion Williamson’s time.

Put your MONEY on the NBA! Get great odds at top online SPORTSBOOKS.