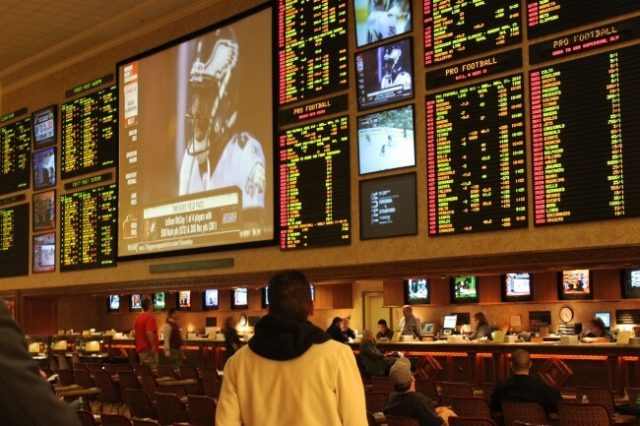 Every once in a while, someone comes up with a simply brilliant idea, in business as well as otherwise, leaving the only question remaining on everyone’s lips, “why didn’t anyone think of that sooner?”.  Such is the nature of the New Jersey sports betting boom; not that this particular idea was an isolated event. Legalisation of the market in the US is a miracle that was prayed for by many over an extended period of time; a period of time that no doubt must have appeared to have been even more protracted than what it really was to NJ’s advocates in favour of sports betting.

Mostly thanks to hard work, determination, and a resolve not to give up at any cost on the parts of pro-betting activists, New Jersey’s bettors have just reached the $2 billion punt-mark; this since the legalisation of the US sports betting market during June of last year when the thorn in every operator and hopeful-punter’s shoe was finally removed by the US Supreme Court.

Read More… No Bets On The Sports Betting Ballot In California

The New Jersey Division of Gaming Enforcement recently released its figures for the month of February, and it’s been nothing short of what we’d hoped for. $320 million in wagers passed through operators’ books during February alone; a figure more impressive than what anyone could have dreamed of.

The Super Bowl no doubt did its bit for the first two months of this year, much similar to what had transpired during the month leading up to last year’s FIFA World Cup. Most of the bets placed on the Super Bowl had however been wagered during the two or three days preceding the event, as well as on the day itself. Despite not having enjoyed quite the run-up that was experienced leading up to last year’s Soccer World Cup, the Super Bowl still made for quite the display of sports betting passion and general fanfare.

In Atlantic City, sportsbooks really went to town; perhaps mostly thanks to the fact that most land-based casinos and sportsbooks now enjoy an online presence too. Bookie brand establishment has done much for the industry and much like any other business sector, bettors tend to develop a particular liking in a specific brand or brands, and remain loyal to those brands for a long time; some even for life.

New Jersey is a prime location for bettors from all over the country, especially thanks to its close proximity to New York City and even Philadelphia.

Get ready to WIN! Place your best online and get great ODDS!