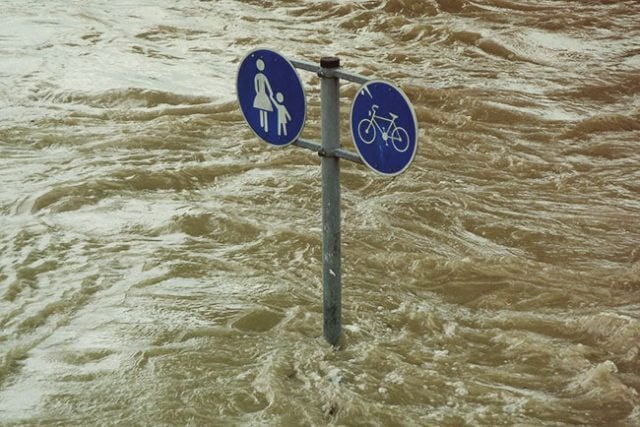 A new report from the University of Waterloo has summarized a five year national project to show local communities how they can make small changes to their landscapes. These changes might be minor, but they could make a major difference during flood season, researchers say.

Extreme weather events are becoming increasingly more common in Canada, and flooding is posing a particularly concerning threat. Floods have caused over a billion dollars’ worth of economic losses in the country each year, leaving residents to pile sandbags around buildings and homes to protect them against the rising waters.

However, according to the researchers, some simple actions can be taken before the floods hit to direct these waters back into the ground before they wreak havoc on the local landscape. The Intact Center on Climate Adaptation (ICCA) is an applied research center at the University of Waterloo which works with governments, communities, business and homeowners to spot and reduce the impacts of climate change and extreme weather on them.

Between just 2012 and 2017, no less than 11 community projects were launched across Canada to demonstrate how simple and practical changes to water management can go a very long way in reducing the devastation caused by flooding. These changes range from small backyard alterations to improvements in local waterways, and everything in between.

The largest contributor to flooding by far is the fact that excess water from storms does not have anywhere to go. As urban areas thrive, the once-porous forest floors and lands have been replaced with solid sidewalks, patios, house foundations and driveways. Rainwater was once able to drain into the soil, but now, it simply runs across the surfaces, quickly accumulating and overwhelming storm drain systems. This, of course, results in flooding, and expensive property damage.

According to the ICCA, one solution to this is to make urban areas more porous so that water can sink back into the ground rather than accumulate. The aforementioned project recommended a series of single home modifications to community tree-planting initiatives, as well as improvements in shoreline areas.

Experts visited over 100 Calgary homes to educate residents on simple household anti-flooding measures, including changing the angles of down-spouts so that water could be directed away from the house’s foundations. 30 ‘de-pave’ projects in Alberta and Ontario also replaced pavements with more porous materials to absorb water, and over in Quebec, one community received a green alley full of trees to serve as a storm run-off area.

On a bigger scale, local wetlands were also established to capture and filter water and create a habitat for Canadian wildlife. And last but not least, shorelines along creeks and estuaries across the nation were improved to guard against erosion. Adapting to our changing planet may be a difficult pill to swallow, but by making small community-led changes, Canada has proved that it is possible to move collectively in the right direction.

Experience the thrill of a WINNING bet! Sign up with one of Canada’s top sportsbooks NOW!