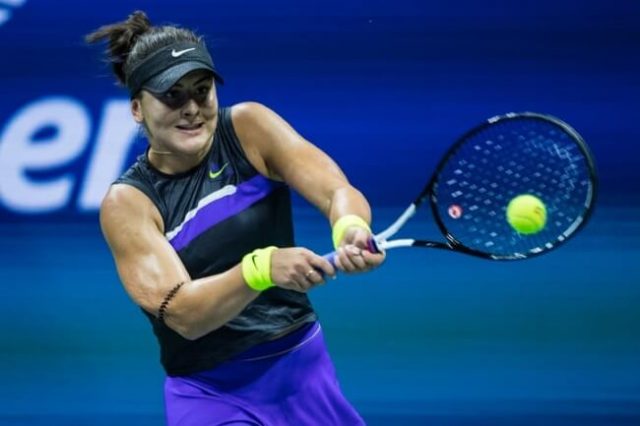 If I can do it, so can you. These are the words of Bianca Andreescu to the young people living in the tennis super-star’s hometown of Mississauga, Ontario. And this is the reason Canadians all over the country; the world even; are celebrating the young player, not only for her superb talent, but mostly for who she is a person and what she has come to represent.

Canada is a country in celebration ever since the 19-year-old Mississauga native a little over a week ago became the very first Canadian player ever to win a Major singles title when she beat the legendary Serena Williams in straight sets at Flushing Meadows. But quite understandably so, it’s the residents of Andreescu’s hometown who are most proud of what one of their own has managed to achieve in the international arena.

And they recently showed up in their thousands at a rally organised in honour of Andreescu’s big win in downtown Mississauga, with some fans so excited about meeting their hero that they pitched up at Celebration Square as early as 10 a.m. to catch a glimpse at the inspiring young star.

This Way To Andreescu Way

Not only was Andreescu awarded an honorary key to the city, but a street sign bearing the name “Andreescu Way” was also unveiled during the course of the celebrations. It is not year clear where the street will be located. Mississauga mayor Bonnie Crombie did the honours of unveiling the sign and handing over the key, and took the time to congratulate the young star.

Crombie referred to Andreescu as a true embodiment of all Canadians and in particular, of all of those residing in Mississauga, specifically referring to the player’s graceful and exceptionally modest approach to super-star success. Mayor Crombie also referred to her life as being a true immigrant success story, the same as so many others living in Mississauga.

Andreescu was born in Mississauga and learnt to play tennis at the age of 7 and only after her family had relocated back to their own country of birth, being Romania. They however returned to Mississauga a few years later, after which a young Andreescu eventually signed up at the Ontario Racquet Club.

She Inspires Especially The Young

Various dignitaries from all over the country were present in person on the day of celebrations, including Toronto mayor John Tory and Prime Minister Justin Trudeau. The Prime Minister congratulated Andreescu on her stunning victory and said that she was a true inspiration to especially young Canadians because what she had managed to achieve was to prove that young people are able to do anything they choose to set their minds to.

Bet on Tennis and WIN! Put YOUR money on the best players ONLINE.