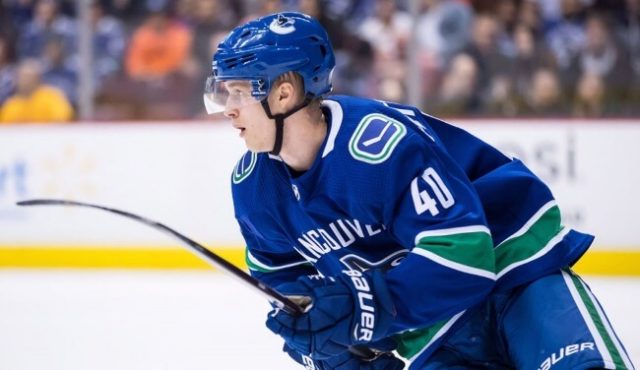 Elias Pettersson has become the first Canuck to win the prestigious NHL’s Calder Trophy for rookie of the year in almost 3 decades of NHL history. The 20-year-old Swede and Vancouver Canucks centre staked out his claim to the coveted trophy thanks to his having tallied a sterling total of 66 points in his 71 games played this season.

Pettersson has now successfully smashed the record set up by at-the-time fellow rookie Pavel Bure, who had been the last Canuck to win the trophy thanks to his 60-point total back in 1991/1992. Pettersson’s 66 points are made up of 38 goals and 28 assists. Incidentally, Pettersson is also now only the 31st NHL player to finish off a season leading in goals as well as assists and points.

Two of Pettersson’s top contenders for bagging the trophy were goalie Jordan Binnington (St. Louis Blues) and Buffalo Sabres top defenseman Rasmus Dahlin. Binnington, who is considered to be a phenomenal young player, helped the Blues all the way towards a Stanley Cup win following his inaugural career start on January 7th. Dahlin, in turn, was the Number 1 pick in 2018’s draft. He also racked up more points (44) than any other rookie defenseman.

But ultimately it had been the young Swedish player who performed that special NHL rookie magic. Pettersson was the 5th overall draft top-pick two years ago in 2017.

And then there’s Mark Giordano, captain of the Calgary Flames. Thanks to a stellar season performance, Giordano recently became the very first Calgary Flames player ever to win the Norris Trophy. The trophy is each year awarded to the NHL’s Number 1 defenseman.

The Toronto native is interestingly enough only the fourth player 35 years of age or older to have won the special award. Giordano, now aged 35, finished second-best defenseman thanks to his having accumulated a total of 74 points last season.

The Hart Trophy, which is considered to be just about the most coveted recognition in all of NHL, has been awarded to Tampa Bay Lightning’s Nikita Kucherov. The Hart Trophy is awarded to the player considered to be the NHL’s most valuable overall player during any given season. The Russian player is considered to be well deserving of the award and is also an obvious favourite among his fellow players. Kucherov also won the award for the NHL’s most outstanding player. The Ted Lindsay award is unique and quite special in that it is awarded by fellow players.

Want to bet on NHL games online? Sign up at a Canadian sportsbook!