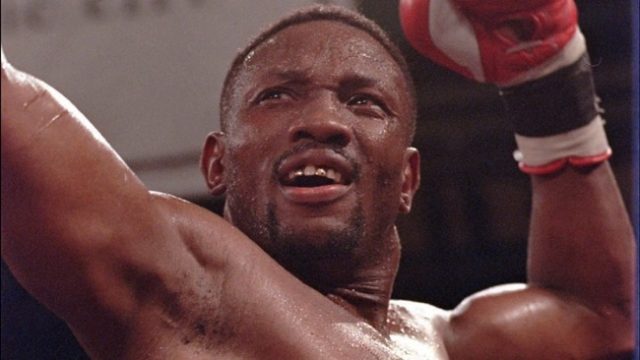 Boxing fans all over the world are mourning the passing of Olympic Boxing Hall of Fame fighter Pernell Whitaker. The man regarded as one of the best defensive fighters that the world has ever seen has died after being hit by a car. The 55-year-old was an Olympic gold medallist and a four-division champion. The incident that took Whitaker’s life happened in Virginia.

Not much has been revealed about the exact circumstances but what is known is that the driver of the car that had hit the boxer remained on the scene. Police are currently investigating the incident and more details should be available soon. At this stage it appears to have been nothing more sinister than a tragic accident that had led to Whitaker’s untimely and very premature passing.

Whitaker Was A Top 10 Athlete

Whitaker enjoyed a professional boxing career that spanned 17 years. He was a boxer among boxers and long-time promoter Kathy Duva reminisces sadly but also proudly about the fact that his name can be found on just about every Top 10 list in the industry.

The boxer was a top-performer and champion in four weight divisions. He scored his first big-time victory in 1989 when he beat Greg Haugen. He finished his career with a record 40-4-1 and was a man well known for not once having allowed an opponent to place a clean shot. His notorious southpaw was known to fellow boxers the world over.

He never deviated from his strategy of hit-but-don’t-be-hit and he implemented this to a T. The strategy was later on adopted by none other than Floyd Mayweather Jr. Despite the fact that Mayweather never got to fight the man nick-named Sweet Pea, Whitaker did brush shoulders ever so briefly with Mayweather’s own when he beat Floyd’s uncle Roger by way of a decision in Whitaker’s favour in a 1987 fight.

Whitaker, much like all mere mortals, did face his share of life’s challenges too. According to Duva, he fought a battle of another kind, that of an addiction to drugs and alcohol. Alcohol especially, appears to have been the fighter’s ever-present vice. He even spent some time in prison in 2003 after having violated the terms of his probation following his having been charged for the possession of cocaine.

The boxer apparently died with little to show in terms of the monetary value associated with his stellar career. Despite having made millions, he was apparently supporting many people financially for the longest time.

Place YOUR bets on Boxing. Sign up at Canada’s TOP RATED sportsbooks.