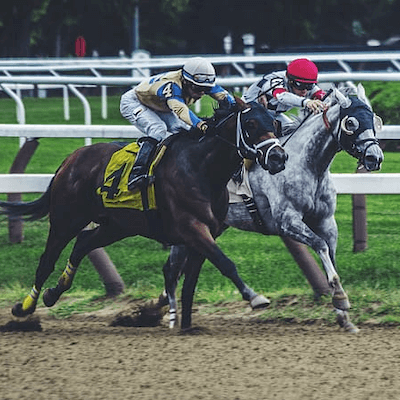 With 2022 officially started with a bang, the new year is proving to be something of a mixed bag of excitement and disappointment for several industries across Canada’s Ontario province. Authorities announced more temporary closures on Monday, including for the province’s booming horse racing industry, which employs several thousands of people every year. The latest health and safety protocols came into effect on January the 5th, and are expected to remain in force until at least January 26, 2022.

The decision followed a rapid increase in the spread of infections, as well as an alarming rise in hospitalisations. The concern is for Ontario’s health system, which may soon become overwhelmed should the number of cases continue to rise at the current pace.

While Step 2 of the Reopening Plan is currently in force, it will this time around differ somewhat from the previous version of the same stage that had been implemented last year. The current step is expected to remain in place for a period of 21 days.

Step 2 of the Reopening Plan carries several ramifications across the board, and most notably so for the gaming and entertainment industry, which includes horse racing in the province.

Ontario’s horse racing tracks are now mandated to operate at limited capacity so as to safeguard employees and customers. What’s more, while outdoor areas will operate under capacity restrictions, indoor venues such as eateries will remain shuttered for the duration of Step 2.

No more than 50 per cent of the usual capacity of horse racing tracks may be occupied at any given time.

Customers too, will have to abide by the temporary new safeguards. Horse racing fans hoping to gain access to Ontario’s tracks will be asked for proof of full vaccination upon entry. Several more health and safety protocols will also have to be observed by attendees, including physical distancing and other cautionary measures.

In more positive news, the local harness racing industry recently confirmed a thrilling live racing season for 2022. The Alcohol and Gaming Commission, which acts as the local regulator of horse racing events in Ontario, announced the latest schedule on Dec. 23.

Leamington will 13 racing meets, beginning at 1 p.m. on the day. Woodbine Mohawk Park, meanwhile, is expected to host a total of 222 racing days of Standardbred Racing, most of which will begin at 7 p.m. – with the only exceptions being Sunday, June 19 and Monday, Dec. 26. The action will kick off at 6:30 p.m. on the mentioned two dates.