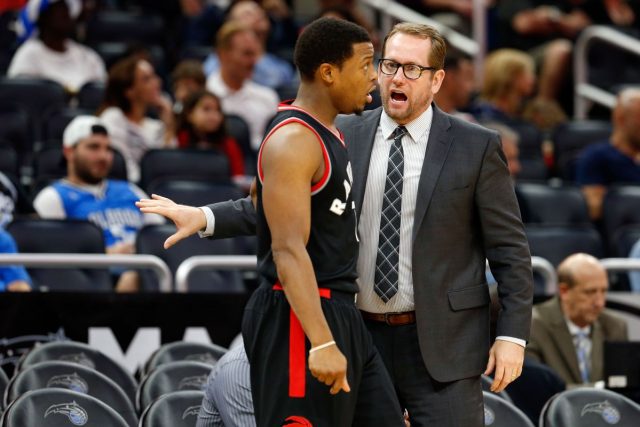 Kawhi Leonard has a friend in Raptors coach Nick Nurse. Nurse, on the other hand, has a $15k fine to pay. Following his team’s loss in Denver on Sunday, the good coach went on a rant and wanted to know why match officials allowed other teams to play Leonard so “physically hard”. Besides the fact that it smacks a little of a father wanting to know why is son is being bullied, a fact that has no doubt crossed Leonard’s own mind, Nurse has now been slapped with a hefty fine and a stern warning to boot, thanks to his outrage on the sidelines.

Leonard expressed gratitude in response to Nurse’s reaction. He pointed out that whilst it was easy to call shenanigans whilst on the field, players were never really sure whether what they had experienced as overly physical or unfair, was actually the case. The vantage point simply isn’t there when one is stuck in the thick of things.

Nurse’s calling out the perceived wrongs was a justification of sorts to Leonard and his teammates.

Not The First Incident Of Foul Play

To make matters even worse, Nurse also claimed that this type of unreasonable tolerance of hitting, slapping, grabbing and poking had been going on all year. It was particularly bad in Leonard’s case, but according to the coach, it wasn’t an isolated incident.

Raptors teammate C.J. Miles agrees with the fact that the physical beating that took place on the field was indeed uncalled for. Miles spoke about how big players like Leonard routinely took beatings and had to endure exceptionally physical situations. It is, so to speak, part of the package. However, it still constitutes foul play.

Foul play that hadn’t been called out all year, according to Nurse. It seems as if Sunday night’s outrage was the result of the Raptors coach finally having had enough of all of it.

Raptors Still In The Lead

Despite the Raptors having lost their last two games, they still remain in the lead as far as the league is concerned. Indiana will be up next, followed by Cleveland. As for Nurse, he has no remorse as a result of his reaction.

He spoke openly to the media and said that referees were people too. Being human, they had to understand, at least on some level, where he was coming from. He said that he intended to keep on backing his players in the future.

Get in the game and WIN! Bet on your favourite sports online