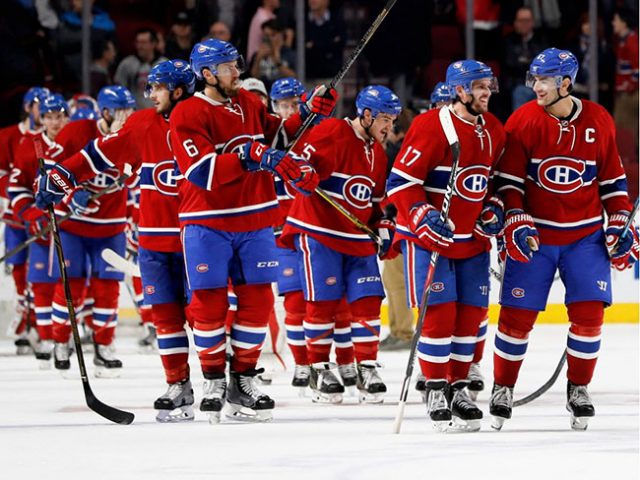 Now that its all-star break has concluded, the National Hockey League’s regular season has just 10 weeks remaining. The Toronto Maple Leafs, Winnipeg Jets and Calgary Flames are among the league’s most powerful groups, while the Vancouver Canucks and the Montreal Canadiens have enjoyed a few notably successful seasons as well.

Here is a sneak peak at each local team entering the last few months of the regular season and the period before the trade deadline on February 25.

Looking at the Flames & Oilers

The Calgary Flames are ranking first in the West and second overall. New coach Bill Peters’ side has gone on an epic 11-2-3 rampage since last year, and are now second in goals per game. Captain Mark Giordano has also enjoyed a strong season, and the Flames’ goaltenders, Mike Smith and David Rittich, should be ready to make history after having played 24 and 27 starts, respectively.

The Edmonton Oilers are tied for twelfth place in the west, and are three points off a spot in the playoffs. Three points is not far off, but the Oilers still suffered a 5-12-0 slump before going on break. The slide has been attributed to the team finding their feet under new coach Ken Hitchcock. The Oilers are currently working on ways to better defend their penalty-slaying unit (27th), and relying on captain Connor McDavid to help carry them through.

The Senators & the Canadiens

The Ottawa Senators are ranking last overall. Colorado is hoping that the team continues its weak play as the Avalanche has the Senators’ round-1 selection in their 2019 draft from the Duchene trade in 2017. This could turn into a big victory for Jack Hughes – but will the Senators be able to re-sign captain Mark Stone and Duchene before the trade deadline hits?

The Montreal Canadiens are placed third in the Atlantic Division. Through strong coaching by Claude Julien, the Canadiens have achieved a spot in the playoffs with their impressive speed and attack tactics. Like the Flames, this team has been playing exceptionally over the past few weeks due to an 11-5-0 stretch, no doubt thanks to returning captain Shea Weber.

The Maple Leafs & the Canucks

The Maple Leafs are situated at seventh overall and second in the Atlantic Division. The addition of Stanley Cup champ Jake Muzzin is set to help the team’s cause this season, and despite their slump, Toronto still have 5 more points than last year’s team did at this point. Will they have enough power to win a playoff series before the deadline strikes?

The Canucks are currently tied with Colorado for the last wild-card West playoff spot. The team is currently still in pursuit of the playoffs late in the season, ranking in the bottom half for goals for, goals against and penalty killing. However, led by Pettersson, Boesar, Horvat and Virtanen, the future could still be bright for the team in the last few weeks.

Want to back YOUR favorite NHL team? Place your bets online now!