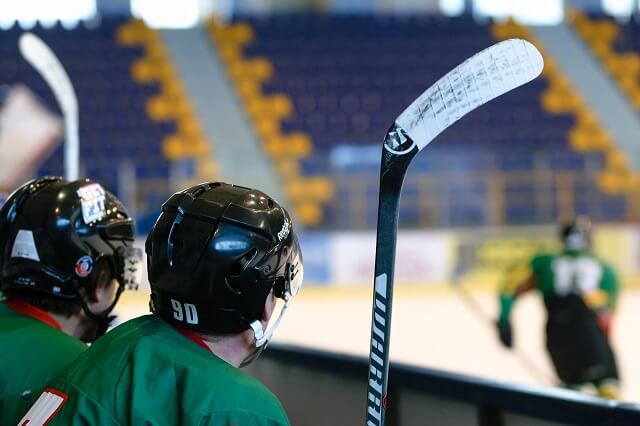 Chicago forward Drake Caggiula has been ordered by the NHL to sit out on a single game of the team’s qualifying round series. This after the star forward made illegal head contact with Edmonton’s Tyler Ennis during the second half of Game 1 on the weekend – a game that saw Chicago stick it to the Oilers 6-4.

The NHL’s department of player safety did however rule the head contact between the two players unavoidable – a ruling shared by Chicago head coach Jeremy Colliton. Describing the incident as bang-bang play, Colliton said that even though Caggiula had hit Ennis with force, it’s obvious from the video footage that hitting the Oiler in the head was never the intention.

The NHL’s ruling was based simply on what was witnessed as having happened, said Colliton of the single-game suspension.

Caggiula Gets It Done

Caggiula, who also happens to be a former Oiler, scored 9 goals and 15 points during 40 games played as part of the regular NHL season. He won one of a pair of faceoffs in Game 1 against Edmonton and is considered a great player by Chicago.

Described by Chicago forward Dylan Strome as a player who can be seen working hard during every shift, and a layer-in of the body, Caggiula is widely regarded as a player who gets the job done at both ends of the rink. All in all, said Strome, the former Oilers forward is a great guy to have on any team.

Indication Of What To Expect

As for the NHL’s recent head-check ruling, Colliton regards the league’s decision to suspend as a definite indication of what to expect in terms of how similar hits and incidents will be dealt with as the competition wears on. And things are bound to get slightly more physical as the series continues, wagered the Chicago coach.

The league hasn’t given any indication of whether or not a hearing will be held after Calgary’s Matthew Tkachuk on Saturday caused a significant injury to the left calf of Winnipeg’s Mark Scheifele during Game 1. Not quite as innocent as the incident between Caggiula and Ennis, Tkachuk is suspected of having intentionally directed the blade of his skate at Scheifele’s leg hoping to cause an injury.

Scheifele could as a direct result of Tkachuk’s selfish action miss out on a significant amount of time on the ice. The NHL has yet to respond to Jets coach Paul Maurice’s comments regarding the malicious nature of Tkachuk’s action.

Get YOUR bets in online. Back the team you think will WIN.