NHL GM’s Happy With The State Of The Game 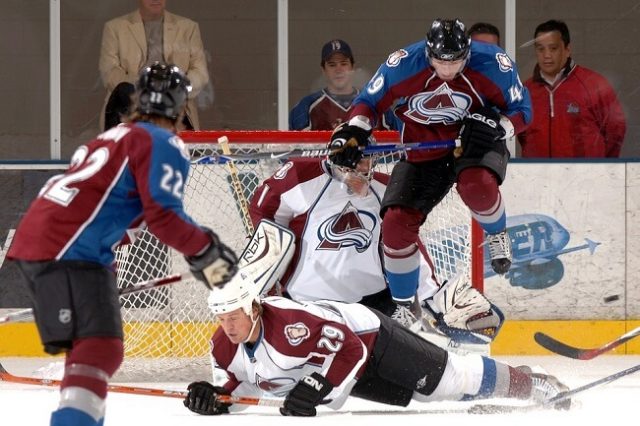 Things are going well for Canada’s National Hockey League (NHL). And when things are going well, it inevitably means that management is happy because money is being made. Last year around about this time was when a bunch of troubled NHL General Managers had taken a time-out from business as usual in order to travel to Florida. The order of business was one of importance: gaining clarity on the issue of goalie interference.

Up until that point, match referees had had the final say regarding goals, and more specifically, when a goal was a goal, and when interference had been at play to the extent that it no longer qualified as a goal. Consistency wasn’t applied throughout and it was glaringly obvious to everyone involved. The inconsistency, more than anything, was what irked the NHL’s band of GM’s.

Now, one year later, the balance has been restored in the house of the NHL, because the decision had been made that the final call regarding any controversial coach issues belonged to the leagues’ operations departments and no longer to the referees.

GM’s recently took stock of the situation and of everything that had changed because of the decision finally having been made, at their opening meeting at the classy Boca Beach Club Resort on Monday evening.

The season’s numbers to date was a hot topic of discussion, but for a change, it was the only topic of discussion, because this time round, it was all good news. Scoring, even-strength goals and even comebacks are significantly on the rise when compared to this time last year. Just about everything is up and as GM George McPhee (Vegas Golden Knights) points out, the game is in a better than ever position in terms of what is measurable by operations.

In fact, says McPhee, for the first time in a long time, everything is just about perfect.

And really, when looking at the actual season’s statistics, only a fool would dare disagree with McPhee’s statement. Scoring has risen by a massive 3% when compared to last season alone, and by 10% when compared with 2016/2017.

Comeback-wins are also up. The numbers show that this season, 43% of teams that had fallen behind during a match had managed to make a significant comeback, mostly all the way towards ultimately winning the game.

The natural spin-off is that goals are up too. For the current season, 50 players are well on their way towards reaching 30 goals. When comparing this season to the previous two, that’s a 22-player improvement.

It certainly appears as if the NHL has gotten its groove (and its goals!) back.

Do YOU want to bet on NHL games online? Sign up at a top sportsbook NOW!