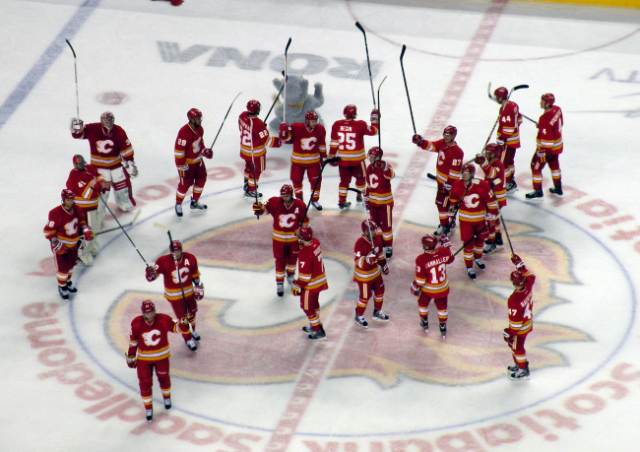 Calgary taxpayers have agreed to, in many ways without having had agreed to, fund a $565 million project that will award the Calgary Flames a brand-new home arena. At this stage the only light in the darkness that is a dismally failed Flames season, a coach fired under a veil of racist remarks and a public transportation system having to once again be satisfied with having drawn the shortest straw, is the fact that taxpayers will only be footing about $290 million of the total bill.

The brand-new NHL arena is officially set in stone following a deal having been inked between the City of Calgary, the Calgary Flames and the Stampede. Councillor Jeff Davison made the announcement official on Twitter and said that Calgary’s new event centre and cultural hub and entertainment district marks the beginning of “the next chapter in our city’s story”.

What About The Green Line?

Councillor Evan Woolley tried his best to gain support for debating further the portion of the expenses that the city will have to carry, saying that any disposable funds should be channelled towards the Green Line project instead. His pleas however fell on mostly deaf ears and as a result he managed to convince only 3 other councillors that reconsideration of how taxpayers’ money should be spent and to what extent should be the next order of business.

Woolley’s dissatisfaction with the arena being funded by the city stems from the fact that the provincial budget has officially slashed the budget for the development of the Green Line light transportation system by an extreme 85%. The CA$4.9 billion Green Line project had commitments from all three levels of local government; until April’s provincial election rolled around, that is, at which point funding became a great deal less certain. The Green Line is Calgary’s most significant and also largest infrastructure development to date and is a new; and much needed; leg to the city’s light railway system.

Flames To Be Main Tenant

The new arena, once complete, will not only be the new home of the Flames, but will also act as the anchor for the new entertainment district that will border the Stampede grounds in downtown Calgary. The Flames will be the main tenant at the new arena, which is something described by the Calgary Flames ownership group as being “a move in the right direction”.

Back YOUR favourite NHL team online. Put your money on a WINNER!