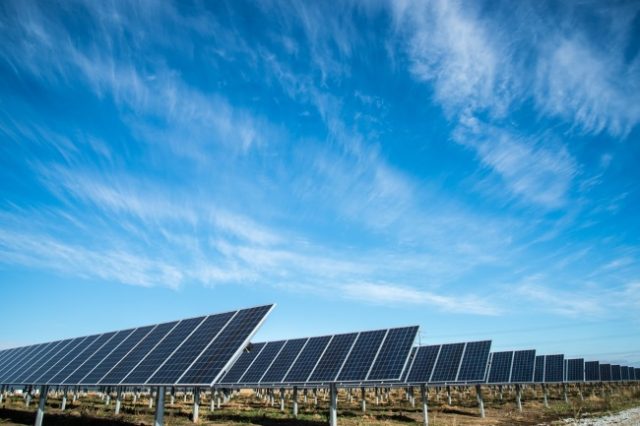 The members of a small BC First Nations community are “doing it for themselves”. Members of the Yunesit’in community just to the west of Williams Lake in the region of Chilcotin, BC, have set in motion the makings of what has now officially expanded to the point of being one of the largest solar power projects in the province.

But more significant in the context of contributions made by Canada’s First Nations is the fact that once the solar farm powers on (something that’s expected to come to pass any day now), it will be the first of hopefully many more solar farm projects initiated, operated and owned 100% by a First Nations community.

According to Chief Russell Meyers Ross of the Yunesit’in First Nations tribe, the project was born from a general attitude of the local community having desired to become more self-sustainable. What drove the project even more momentously forward is the fact that the village occupied by First Nations community’s members is situated far away from everything else. The remote location makes the cost of living to be exceptionally high. The idea, says Chief Ross, was a combination of wanting to find ways of bringing about a general saving by creating cheap and sustainable energy as well as to build the local infrastructure. Establishing a solar farm seemed the perfect solution.

The community forms part of the greater Tsilhqot’in Nation, with which the solar farm now shares its name. The farm consists of a total of 3,456 solar modules, with a collective capacity of powering anything between 130 and 150 homes. The solar modules are able to do this by converting the rays of the sun into electricity.

Going Big in BC

Not only did the project create various jobs and streams of income for local community members, but it also qualified for state funding and extra monetary allocations, what with the project being 100% indigenous. What this means is that the farm will be generating a profit much sooner than what had initially been anticipated.

The project took about 5 years to complete.