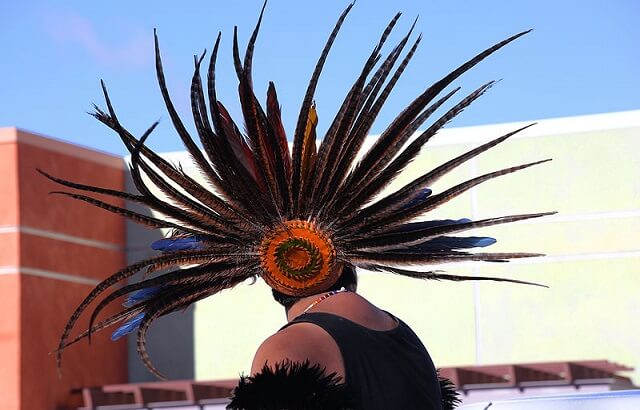 Kansas City supporters and fans will no longer be permitted to don headdresses, face paint, and/or clothing in any way associated with Native American groups and cultures, the NFL team announced on Thursday. The team said by way of a statement released late last week that it is currently also deciding over the future of the tomahawk chop, as the famous banging of the drums and associated gestures are considered by some to be racist motions and imagery, representing members of the Native American nations as somehow less than intellectual and a primitive and caveman type of people.

The Kansas City statement furthermore confirms that discussions and dialogues conducted between team management and a group of local leaders all hailing from different American Indian backgrounds and Native American groups, have been underway since 2014. The goal and motivation were to gain a better understanding of those issues facing Native American communities in the US, confirmed the team, and especially also to explore possible opportunities for the raising of awareness of the traditions and history of those native cultures connected to the Kansas City area.

Future Of The Arrowhead Chop

As far as the famous Arrowhead Chop is concerned, the team says the preliminary idea currently being discussed is that of instead of continuing to focus on the banging of the drum as a gesture symbolising war and strife, to create a shift in focus in such a way that the pounding represents the “heartbeat” of Arrowhead Stadium.

Options now being explored relate to a modified moment of engagement with the famous Drum Deck so as to create a uniting effect between fans and players – but at the same time also the type of engagement that will more accurately symbolise the spiritual meaning of the drum, continued the statement.

Changes Have Been Ongoing

Kansas City has throughout the years made several changes towards the goal of distancing beloved NFL franchise from Native American imagery. One example of this has been changes made to the imagery of Warpaint the pinto horse. Originally ridden by a man in traditional Native American headdress, Warpaint has in recent years been ridden by a team-cheerleader instead.

Demonstrations and protests have however continued, drawing constant attention that what was being done simply wasn’t considered sufficient by everyone. Which is why the team says it considers ongoing dialogue and conversations to be necessary as it continues to work together with all relevant parties.

The changes implemented by Kansas City follow hot on the heels of Washington’s decision to drop Redskins from its long-famous nickname.

Bet on NFL games online. Find the BEST ODDS at your fingertips!