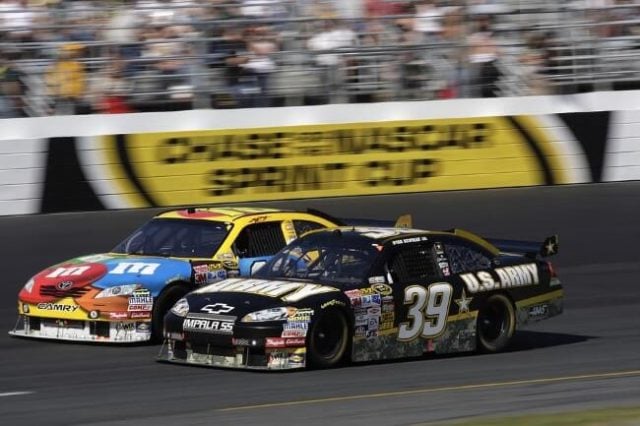 It’s a wondrous and momentous thing when a plan finally comes together. And for NASCAR fans it will be a sweet moment indeed when they are finally able to fully embrace all of their stock car race betting fantasies when September 15th finally rolls in the gate. The news has now been officially announced; come September’s South Point 400 at the Las Vegas Motor Speedway, and fans of American stock car racing will for the first time ever be in a position to make in-race bets (live bets) on more outcomes than what anyone wishes to count.

Plans to launch side-of-track bets have been in the pipeline for quite some time now, with NASCAR having been on a long-time mission to offer more opportunities to fans to engage with the sport. The ultimate solution to the decline in attendance and viewership was right under NASCAR’s nose all along. It was simply a matter of waking up and smelling the rocket fuel.

Integrity Will Remain A Priority

NASCAR has been working tirelessly on a workable model that will not only preserve integrity in its own ranks, but also promote the sport and attract more people to events. The association in May of this year mandated data management giant Genius Sports to create and run a data distribution system capable of distributing race and promotional data to sportsbooks all over the US.

With the first steps now in place, and a proper race and betting policy now finalised, its finally time for NASCAR to swop the baby boots for big boy shoes and get on with on-site betting business. According to information supplied by the association, fans will be able to bet on everything from stage winners to most laps led to one-on-one driver props and group matches.

Dale Earnhardt Jr., son of the racing legend Dale Earnhardt Sr., himself a former driver and now turned analyst, believes that allowing fans to make on-location bets will provide a much needed popularity boost and may very well be just what the doctor ordered to enable NASCAR to return to its former glory.

Earnhardt said that to his mind, the new possibility in terms of live betting is bound to bring along with it a multitude of positives; and able to create more interaction, more fan engagement and ultimately more people in attendance.

Ready to bet on motor racing? Get GREAT ODDS at top Canadian sportsbooks!