Mysterious Comet May Be of Alien Origin 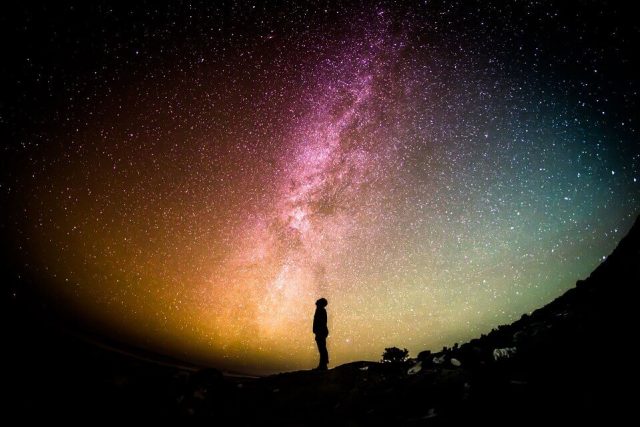 A long, flat and mysterious piece of space rock that flew past Earth last year might actually, in fact, be a piece of alien technology. This startling news comes from a paper written by top Harvard scientists, who are starting to suspect that the comet may not be what it appears.

The paper, which was penned by Chair of Astronomy Abraham Loeb and Harvard-Smithsonian Center for Astrophysics postdoctoral fellow Shmuel Bialy, hypothesizes that ‘Oumuamua’ – the long, cigar-shaped rock that briefly passed earth from a distant star system – might in fact be a ‘fully operational probe’ that was sent to our planet deliberately by an alien civilization.

So far, the paper has not been peer-reviewed, and many other scientists are sceptical of Loeb’s hypothesis. Robert Weryk, a Canadian astronomer at the University of Hawaii Institute for Astronomy, first discovered the comet in October 2017.

Strange Behaviour for a Comet

The fascinating object is the first of its kind in documented human history to become an interstellar visitor to our solar system, and scientists are still struggling to fully explain it today. In Loeb’s view, it is very weird, and is nothing that he or any of his peers have ever seen before. Upon elaborating, he added that the comet seems to have an extreme shape that is based on ‘the reflectance of sunlight’.

Furthermore, the comet also has very odd dimensions, being between 5 to 10 times longer than it is wide. When the researchers first discovered it, they dubbed Oumuamua an asteroid, but upon closer inspection, it was later found to be a comet; an object formed out of dust and ice.

So, it’s a comet, right? Well, scientists can’t agree on that fact, either. The problem is that Oumuamua is not behaving like a comet either, considering that it has deviated from its expected trajectory path given the gravitational pull of the sun. A comet can rarely achieve this when it releases gas, propelling itself forward in a process known as outgassing – but Oumuamua doesn’t have the tell tale ‘comet tail’ that comes with it.

Outgassing would also have sent the object spinning, but no rotations have been found. In Loeb’s view, considering all of this, there must be something else, apart from gravity, propelling the comet. His suggestion is that it is being powered by sunlight and its radiation, but in order for this to work, the object needs to be thin – so thin, in fact, that it might be artificial.

Another theory that fits the bill is a ‘light’ or ‘solar sail’ – a kind of propulsion that allows a spacecraft to move using the force of sunlight radiation that is reflected off of massive mirrors. Loeb is the advisory committee chair for Breakthrough Starshot, a group that is working to launch a light sail to Proxima Centauri, and Oumuamua might just be an alien version of this same technology, he says.

Ready to shoot for the stars? Place your bets and see if you can WIN BIG!