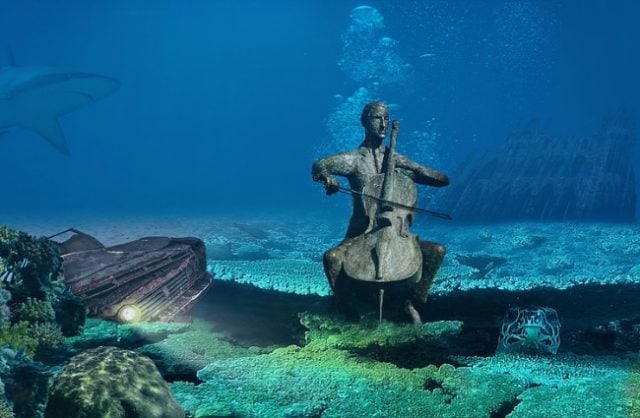 Underwater speakers are being used to nurse the Great Barrier Reef back to healthy life. As marine biologist Tim Gordon explained, the bustling noise of a functional reef is essential to attract more life. In turn, this keeps the system thriving and draws even more species to it.

With warming currents, the number of creatures living on the now-damaged reefs has dwindled considerably. Less news means less new fauna and flora, so the successful cycle of the past is effectively broken. Now Gordon and the rest of his team hope to change that.

Gordon and his fellow researchers studied how climate change, and the resultant warmer oceans, could damage coral colonies and systems. In their work, they focused on Australia’s northern Great Barrier Reef.

Most people think of underwater sea life as very quiet, but Gordon explains that the noises in a robust reef are “a complete cacophony”. As well as fish making what he describes as clicks, buzzes, grunts and whoops, shrimps are constantly “clicking their claws” to create a crackle, while invertebrates make noises as they scrape along the ocean floor.

In fact, Gordon says, the silence that befalls a once-bustling reef can be “quite chilling” – in the same way that visiting a previously thriving ghost town might be. You can even hear the waves hitting nearby shorelines, something that would never happen in a coral ecosystem that was functioning normally.

Revival of the Reefs

After realising that species, especially juvenile fish that begin their lives in the open ocean, were not nearly as attracted to quieter reefs, Gordon’s team decided to try and reverse the decline by introducing the sounds of a healthy system.

The scientists sunk speakers in strategic places, and streamed the noises of a busy reef through them. In the patches that sounded healthy, Gordon reported, twice as many fish settled onto the habitat patches as when nothing was done to the sound.

Not a Silver Bullet

Gordon says he is encouraged by his team’s results, which have just been published in respected journal Nature, and that the speakers cold be useful in restoring the coral on a local scale. However, he cautions against thinking of the technique as “a silver bullet” and says it’s better to think of it as another tool at ecologists’ disposal.

Most importantly, Gordon emphasises, is that the original stressor causing the damage should be removed. In almost every case around the world, the stress in question is climate change and hotter seas. Gordon finished by saying that without decisive action regarding carbon emissions all restorations efforts will “ultimately be fruitless”.