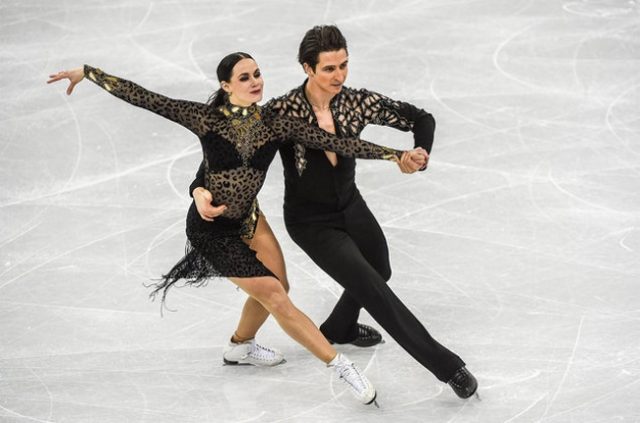 Tessa Virtue and Scott Moir may not be partners in real life, but their on-ice chemistry is nothing short of mesmerising. They have after all been ice-dancing partners for the past 22 years. Virtue and Moir earlier this week posted a video of them circling on the ice and in the content captured on the mobile phone video issued a very emotional and heartfelt thanks to their fans for their unwavering support over the course of 22 years of competing.

The dancers in the video explained that after 22 two years, the time to step down had come to pass. The announcement, albeit a sad one for fans of the sport, was expected to have been made after their 2018 gold-medal performance in PyeongChang, and as such did not come as too much of a surprise.

5 Golds In The Bag

PyeongChang represented their 5th Olympic gold medal. They also won various other gold and silver medals in other Olympic events as well as at the Vancouver Games. They are the country’s true sweethearts of sport and loved by many who know them off and on the ice.

Their on-ice chemistry has been the making of them, in addition to their sterling Olympic talent of course. They became household names back in 2010 when they claimed Olympic gold right here at home and fans have been gushing about them ever since. Their on-ice chemistry proved especially popular.

Canadians Are In Good Hands

They also had a special message for the youngsters now training to become future Canadian ice-skating stars. Despite their retirement from the sport, said the duo, they were happy and content in the knowledge that those who follow will be in the best of hands, being Canadian hands.

They were well taken care of by the country, said the duo, and were happy in the knowledge that it would be the same for future stars. Moir and Virtue concluded their announcement by saying that the future of ice skating is a bright one indeed and that they cannot wait for their records to be broken by up and coming young skaters.