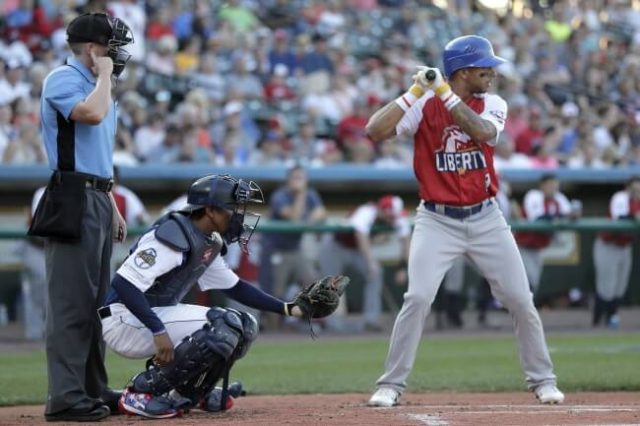 Radar-tracking tech able to call balls and even strikes was recently used for the very first time during a professional baseball league game. The Independent Atlantic league practically brought the future into the present thanks to plate umpire Brian deBrauwere having been at the time kitted out with an earpiece connected to an iPhone in his pocket. The phone was in turn set up in such a way that it was able to communicate with what is known as a TrackMan computer system. The system makes use of Doppler radar technology in order to determine balls and strikes.

deBrauwere said at the time that the technology would not be considered trustworthy in terms of casting the final judgement on any ball or call until such time as what it has been tweaked in such a way that it is 100% accurate. The umpire said that until such time, the implementation of the system was considered to be trial runs.

Whilst at first there did not appear to be any delays with regards to the transmissions received from the system by deBrauwere, there were minor response-delays that eventually started to become noticeable. Pitcher Daryl Thompson, who had initially realised that the technology was being used by the umpire, recalls having noticed that something was amiss. Thompson recalls having at one point during the game already caught the ball that had been returned to him by the catcher, before deBrauwere actually called a strike.

Infielder L.J. Mazilli is impressed with the way things are changing and looks forward to the future and the future of robo-tech being employed by the MLB. Morgan Sword, who is the Senior VP of Economics and Operations, shares Mazilli’s enthusiasm about the technology. Sword that the All-Stars game was an exciting night not only for Atlantic, but for baseball in general.

The Aim Is Fewer Mistakes

But not everyone is equally excited about the rise of the machines in professional sport. Former big league star Kirk Nieuwenhuis isn’t a fan. Nieuwenhuis voiced the opinion that if the umpire still had to verify the computer’s decision and make the final call, then the entire purpose of a digital eye in the sky was in fact defeated.

Atlantic President Rick White, whilst being aware of the many critical opinions on the matter, believes that ultimately the implementation of the system will lead to fewer mistakes being made by umpires. It does, to an extent at least, eliminate human error. White said that the Atlantic League will continue to endeavour to become pioneers in the field of radar-tracking tech; not only in the MLB, but in professional league sport in general.

Want to bet on Baseball? Get your bets in online and WIN!