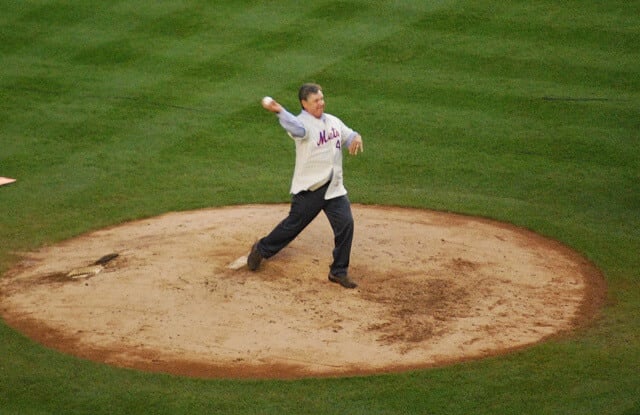 MLB Hall of Famer and legendary New York Mets pitcher Tom Seaver has died. He was 75 and died of complications associated with Lewy body Dementia, the Hall of Fame has confirmed.

Seaver’s family announced in March last year that the 1969 Miracle Mets legend had been diagnosed with dementia and had as such decided to retire from a public life in sport and representation. He did however at the time decided to for as long as practically possible, continue to work at Seaver Vineyards, a vineyard which he, along with his wife Nancy, founded at Diamond Mountain in Northern California back in 2002.

Heart & Soul Of The Mets

Originally diagnosed with Lyme disease in 1991, which apparently reoccurred in 2012, Seaver eventually suffered from both Bell’s Palsy as well as memory loss. Even so, as tweeted by former Mets catcher and fellow Hall of Famer Mike Piazza, he was even during his time of ongoing illness considered the “heart and soul” of the legendary New York Mets.

And that was exactly what the man nicknamed The Franchise and Tom Terrific had been to so many sports fans – and probably will continue to be for a very long time yet.

A regular face on the covers of magazines and news publications in the 1960s and 1970s, Seaver began calling post-season games on ABC and NBC even before retiring from playing professional sports. Named NL Rookie of the Year in 1967, he ended up a five-time 20-game winner by the time he got elected to the Hall of Fame in 1992. It was also during this time he appeared on an incredible 425 of 430 ballots for his at-the-time phenomenal record of 98.84 per cent.

He Changed More Than Ratings

The Cooperstown plaque unveiled in his honour describes Tom Seaver as a power pitcher and an athlete who helped transform the Mets from lovable losers to foes and top rivals known to play a formidable game. Not only did Tom Terrific change the team’s standings – but he also changed how people viewed them and responded to them in the years that would follow.

As for what Seaver himself said he would most fondly think back on from a team standpoint, winning the 1969 Word Championship was what he claimed would always remain memorable to him. And from a personal point of view, said the champion, the day he won his 300th game would forever be engraved in his memory and heart.

Pitch in and WIN. Bet on MLB games ONLINE!