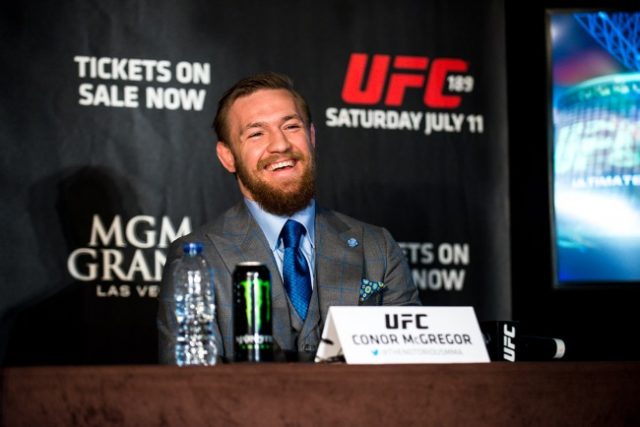 Irish MMA fighter and enigma Conor McGregor has announced a January 2020 Las Vegas return to UFC mixed martial arts. That’s January 18th, to be exact. The Irishman did not divulge who his opponent will be but did commit towards being fully focused on the January fight; his first fight since having lost by submission in October 2018 to Russian champion fighter Khabib Nurmagomedov.

The January T-Mobile Arena fight will be his ultimate comeback fight, revealed McGregor at recent press conference in Moscow, Russia. McGregor commented on it having been 12 weeks since his last official fight and said that he is finally in a prime physical condition and ready to take on his unnamed opponent. He added that he would have loved to be at liberty to reveal the identity of his opponent, but that UFC event organisers would “flip”, as they were, according to McGregor, a “crafty” lot.

October Smash Was His Last

McGregor has not fought since the October fight as a result of the feisty Irishman having been banned from UFC fighting following a post-fight brawl, for which he was also fined a hefty $500,000 for his part in the unauthorised standoff.

He now plans on running through the entire roster of top UFC fighters and events like “a chainsaw through butter” and confirmed that he has his sights set firmly on a rematch with Russian fighter Nurmagomedov. In true Conor McGregor style, he then proceeded to fling a string of colourful insults at his Russian opponent.

But his plans extend beyond a re-match. He also plans on going up against whoever wins the November 3 fight between Jorge Masvidal and Nate Diaz. There appears to be no stopping the Irish force as he’s already planning on squaring it off with either Tony Ferguson or whatever is left of Nurmagomedov after the scrap with Masvidal/Diaz.

No More Booze Or Late Nights

McGregor is supposedly eager to leave behind his recent life of heaving drinking and late nights; antics that had supposedly landed him in hot water with the law following his having supposedly clipped a man one in a local Ireland pub. According to the fighter, he is fully focused, “structured”, and ready to fight.

But Russian fighter Khabib Nurmagomedov’s father and coach, Abdulmanap Nurmagomedov, obviously disagrees and says that what McGregor is referring to isn’t a rematch, but rather another “bout with a beating”. Nurmagomedov sr. supposedly told Russia news agency Tass that if the Irishman was ready for it, then “we’ll beat him up in Russia”.

Bet on MMA ONLINE. Back a winner and WIN BIG.