Sean McColl Headed For The Wall In Tokyo 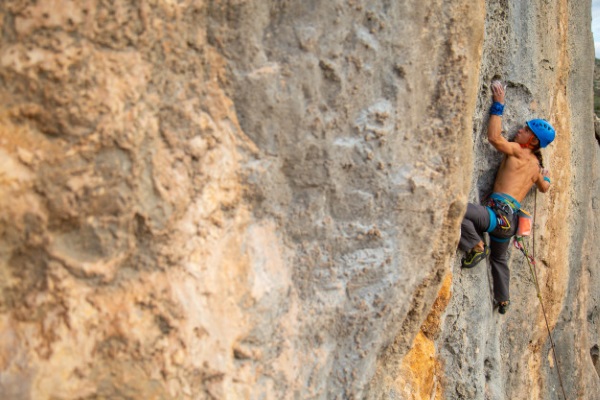 There aren’t all that many ways in which to cement one’s name in the pages of Olympic history, but 32-year-old Canadian Sean McColl has figured out at least one possible inroad. McColl is a champion rock climber, having climbed and effectively trained for what would become his future ever since he was 10 years old.

Not that McColl ever even dared dream of one day reaching the coveted Olympic Games. Way back when the athlete was a young climber, sport climbing was an Olympic sport and certainly there was no talk of it ever becoming one.

But all of that changed when in 2016 the International Olympic Committee amended its sport inclusion policy to as to incorporate sport climbing, surfing and skateboarding on its list of official Olympic events. It did so in an attempt to make the Games more appealing to younger audiences.

Read more… Jim Lawson To Step Down As CFL Chairman

How It All Changed

As for McColl, no better announcement could possibly have been made because now that its been included on the list of official Olympic sports, the pro-climber will be able to prove what he’s made of in Tokyo at the 2020 Olympic Games.

Not that anyone actually still doubts what McColl is made of; goodness knows there are enough sport fans following the movement of his every muscle on his Instagram page, which is now officially 183,000 followers strong.

McColl is also no newcomer in an official capacity, having already nabbed a total of four world championship titles throughout the course of his professional career.

This Is What The Gold Entails

In order to bring home Olympic gold, McColl will have to prove his prowess in 3 different sports climbing disciplines and events in Tokyo. Speed Climbing is first up and involves a race to the top. The idea is to win and the person to reach the top of the obstacle or wall ahead of everyone else, i.e. in the shortest time; wins the event.

Then there’s an event called Bouldering. This one is perhaps the most interesting of all three as it requires athletes to try to complete a total of four five-meter obstacles in set time. The athlete that manages to complete all of the obstacles in good time, wins the event. Athletes are enclosed in room away from view of the obstacles until such time as what it is their turn to compete. This is to ensure that there isn’t an unfair advantage caused by some athletes having had more time to look on and figure it all out than others.

The third event just so happens to be McColl’s specialty; lead climbing. The obstacle is a straight-up wall and there’s a time limit of 6 minutes that applies. Whoever reaches the highest point on the wall within the set time frame, wins the event.

McColl qualified for Tokyo in Japan in August at the World Championships.

Bet on the Olympics! Sign up at an ONLINE sportsbook and see if you can WIN