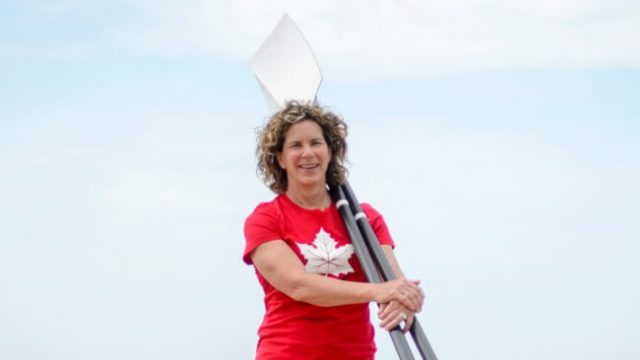 Now retired 3-time rowing gold medallist Marnie McBean has been named Canada’s chef de mission for the 2020 Tokyo Olympic Games. The appointment as chef de mission is considered a top honour in sports circles. McBean will be acting as spokesperson for the entire Team Canada. The position has its main focus on working towards the creation of a environment that is positive and one that makes optimal performance at the Games possible for all of Canada’s own.

McBean gladly accepted the appointment and said that she had in many ways been preparing for the appointment for a very long time. And so, when the retired Olympic star was contacted by COC President Tricia Smith and informed that the position was hers, there wasn’t a moment’s worth of hesitation on the part of McBean, and she had immediately accepted.

McBean is no stranger to the task of preparing others for greatness. Tokyo 2020 will be the Olympic rower’s 10th Games. She had personally competed in two and had been present during 7 others in the capacity of athlete mentor and support for Team Canada.

McBean said during a recent interview that when looking back now, she could hardly believe that something like the Olympic Games actually happened to someone like her.  McBean is one of only two Canadian athletes to have secured three gold medals at a single Olympic Games performance. And yet, she has remained as humble as ever; a trait that has very much endeared her to the people of Canada.

McBean had carved out a remarkable international sporting career for herself, an accomplishment that in 2002 was rewarded by her having received the prestigious Thomas Keller Medal. The medal is each year awarded by World Rowing to rowing’s top international athletes.

She is also an officer of the Order of Canada and was inducted into the Canadian Olympic Hall of Fame in 1994. Then in 1997, McBean was inducted into Canada’s Sports Hall of Fame. In addition to these celebrated accomplishments, she has also been awarded the Governor General’s Meritorious Service Medal as well as the Queen’s Diamond Jubilee Medal.

McBean said during a recent interview that more than anything, it’s the theme of infinity that runs like a silver thread all throughout each Olympic Games, that resonates with her above all else. She said that the idea of infinity was a constant companion to her and that she looked forward to representing Canada and its infinite talent in Tokyo and beyond.

Bet on ALL your favourite sports online. Get GREAT ODDS 24/7!