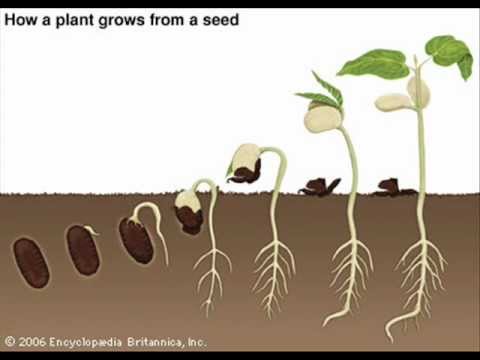 As my neighbor was getting the grill ready so he could fire up the crow I had promised to eat, we ruminated on the Super Bowl.

Itâ€™s a clichÃ© in all professional team sports that defence wins championships.Â  As far as the Super Bowl is concerned, even the vaunted Chicago Bears defence of thirty years ago wasnâ€™t the primary factor in the crushing defeat they dealt New England.Â  Their offence scored 37 points and the defence scored 9 on an interception return and a safety.

Had the Bearsâ€™ defence been merely average they would have still won the game by three scores.

Many Super Bowls end up as routs belying the notion that you need a stalwart defence to win.

Age Will Serve Youth or Maybe Not

I saw that age had caught up with Peyton Manning.Â  I expected Cam Newtonâ€™s youth, size, and running ability to create many scores for Carolina who would overwhelm Denver in a pounding win.

Boy, was I wrong!

Denver Defence as Good as Any

The Denver defence proved more than up to the task.Â  They thwarted every idea Carolina came up with.Â  The Denver defence scored more points than the Carolina offence if you count the fumble recovery on the four-yard line as a score.

– Score a Lot of Points at All Slots –

Peyton Manning is but a shell of the player who created the no huddle offence.Â  His contribution to Denverâ€™s win was primarily in his ability to maintain his cool, to run the offence as well as he could, and force Carolina time and again to start from deep in their own territory.Â  It became clear by halftime that Carolina would not be able to mount a long touchdown drive.

The great disparity in total yards for the game in Carolinaâ€™s favor is the single most misleading statistic to come out of the game.Â  As Carolina was behind from early on, and started drive after drive from deep in their own territory, it stands to reason that Denver would play conservative defence on many plays.Â  So Carolina gained some yardage, then Denver shut them down.

Cam Newton Will Grow Up (I Hope)

The long off season will weigh on Cam Newtonâ€™s mind.Â  He will be asked relentlessly about his overall failure to rise to the challenge of playing against an historically great defence that had previously beaten two great quarterbacks, Ben Roethlisberger and Tom Brady who lead two of the leagueâ€™s best offences.

Had Cam prevailed against the Denver defence, he would have sealed his reputation as a great quarterback for the ages.Â  It was not to be.

I sincerely hope that Cam Newton looks deep within and comes back next year ready to show the maturity it takes to win championships.

As an aside: Super Bowl 50 demonstrated a fact of life in the era of free agency in all professional team sports:Â  if you have enough money, and are willing to take risks, and have the space under the salary cap, you can buy improvements in your team that can lead you to a championship.Â  This is a subject for a longer discussion.

This will be the first time the All Star Game will be played in Canada.Â  The NBA All Star Game is the culmination of what is called All Star Weekend with three-point shooting contest, dunking contest, and the Rising Stars game amongst the many activities.

Kyle Lowry of the Raptors will go up against the unworldly Steph Curry in the three-point shooting contest.Â  Kyle will need a big percentage to challenge Curry but he shoots 40% with hands in his face so he might be able to pull it off.

– All Slots Casino has got Game –

The game being in Toronto sets up a reunion of Canadians in the NBA and one former Raptor, Steve Bosh of Miami.Â  I am especially looking forward to seeing Andrew Wiggins in the Rising Stars game.Â  Heâ€™s only 20 years old but already has established himself as an NBA star.Â  Dwight Powell of Dallas and Trey Lyles of Utah will also get loud cheers from the crowd in Toronto when theyâ€™re introduced and are put in the game.

Lowry and DeMar DeRozan will represent the Raptors in the main event for the second year in a row.

The NBA does the best job of making its All Star Weekend an entertaining pageant for the fans and players alike.

I find the slam dunk competition greatly entertaining because the players always seem to be able to find new and fun ways to use the stationary backboard and rim to create stunning dunks.

The three point shooting contest often finds a player in a groove who seemingly canâ€™t miss.Â  The way crowd gets into the action is also exciting to watch.

As with hockey and football, the All Star Game itself is bereft of defence. Â It is, of course, the exact opposite of true championships where defence is at the very least important if not dominantly so.

Baseball is the only team sport with a true All Star Game because baseball is dominated by the confrontation between pitcher and batter.Â  Once the ball is hit, no defender will nonchalantly play the ball.Â  An outfielder might eschew diving for a line drive or crashing into the wall to catch a ball in an All Star Game and who can blame them but the game itself is normally played at a much fuller level of overall play than the other All Star Games.