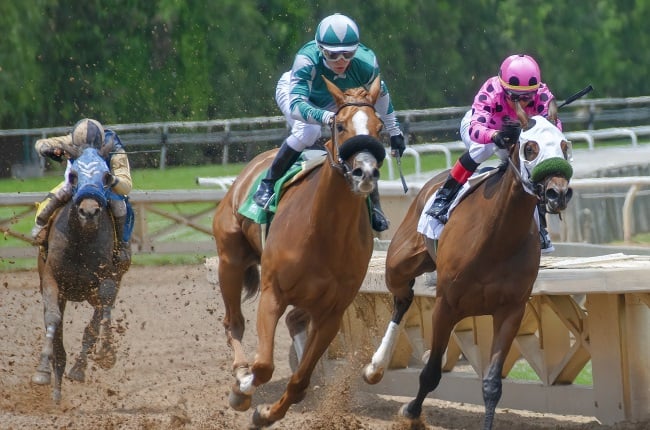 Sometimes those long-shot underdog and against-all-odds types of bets truly do pay off. And when they do, it’s generally in stellar style. This was exactly how horse racing betting history was made when a particularly lucky Florida bettor managed to perform the ultimate act of gambling alchemy by turning a 50-cent bet into a $500,000 small fortune.

Read More... Malindi Elmore Tells All About Her Marathon Record

Even though the races were run without a soul in the stands, the April 11 race run at Gulfstream Park in Florida’s Hallandale Beach, proved the makings of the type of horse racing excitement that won’t be forgotten anytime soon.  Imagine turning a Pick-5 bet into what is now considered to be the third-biggest non-jackpot win in the history of betting on professional horse races in the U.S.

Not bad for a $0.50 bet on a horse that was never supposed to have won.

Turning Nothing Into Money

The wins that made up the incredible prize payout were all secured during the first 5 races of the day in question. The eventual payout followed a rather large upset in that one of the longshot winners to have made the online bettor’s day had attracted odds to the tune of 73-1. No. 8 horse Freddy Soto simply wasn’t supposed to have won any of the races on the long stretch, having beaten only 5 horses in his previous 3 rates.

But Freddy Soto did win on that particularly profitable day, and so did No. 4 Union Lane. The latter too, had the odds stacked against him in truly tremendous and even unprecedented ways. By the time the 5th of the first 5 races for the day were about to enter the final stretch on the leggings, our lucky online bettor must have been either hanging from the chandeliers or way too anxious to watch the last of the half-a-million-dollar action unfold.

There was $524,966.50 hanging in the balance of some extreme improbabilities, after all.

Change Can Be Good

Sports may for the moment not be quite what it used to be as recently as two or three months ago, but that doesn’t mean that its dead in the water until the current crisis has passed. Quite the contrary in fact, as race organisers of all disciplines have come up with some pretty nifty ideas in order to keep the action going, even without thousands present in the stands.

And thanks to the underdogs, those who simply weren’t supposed to have won, we’ve a lot to be looking forward to yet.